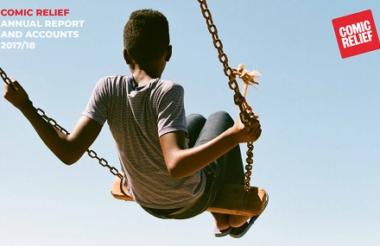 Comic Relief’s income dropped to £65m last year after its Sport Relief broadcast night raised its lowest amount in a decade, according to recently filed documents.

In the introduction to the report, Liz Warner, the charity’s chief executive, said: “This total was down from the last campaign for a range of reasons.”

“The exceptionally harsh weather conditions affecting people getting out and about to fundraise in the lead up and during the campaign, and meant shoppers were not as easily able to go to stores to purchase T-shirts and associated merchandise.

“During the Sport Relief Night of TV itself the England Football Team were also playing a live international on another TV channel which took some viewers away from Sport Relief.”

Sport Relief took place in March 2018 during a spell of severe cold weather that saw many parts of the UK experience snowfall.

Comic Relief spent £1.25m on redundancies in the year, more than double the £0.5m it spent in the previous year, as the charity underwent a restructure.

These redundancies were particularly focused on the charity’s number of employees earning more than £60,000, which dropped from 30 to 12.

Comic Relief’s overall average number of employees dropped from 295 to 240 year-on-year, however its staff costs increased due to a large rise in agency staff costs from £846,000 to £2.6m.

Warner said: “The toughest part of transforming Comic Relief has been the restructure of our workforce, to create the organisation we need for the future, more dynamic and flexible and with much greater expertise in digital platforms and innovation.

“As a charity we have a duty to our donors and the people we help to ensure we are as effective and efficient as possible.

“In an increasingly competitive fundraising environment, and changing media landscape, it’s also important that we develop new income streams that enable us to continue to fund vital work that helps change people’s lives in the UK and internationally.

“To do this we needed to adapt and develop our structure, skills and ways of working, to ensure we are in the best shape for future progression – from driving digital opportunities to engaging more creatively with partners, fundraisers and supporters.

“This meant saying goodbye to a number of long-standing colleagues – and I thank them very warmly for their extremely valuable contributions to making Comic Relief what it is today.” 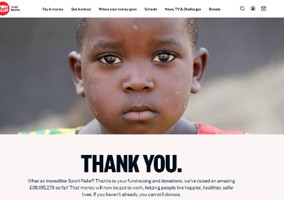