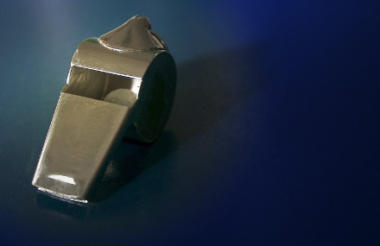 A report from the Charity Commission has shown that whistleblowing disclosures have more than doubled in the last two years.

The top three reported issues in 2018-19 were safeguarding, governance and fraud or money laundering. Others included terrorism and charities being set up for improper use.

That safeguarding concerns were the most reported issue marks a change from previous years, when governance issues have been most prevalent.

The report states: “Whilst we cannot be certain, this increase is likely to have been influenced by the high-profile nature of safeguarding incidents emerging from the charity sector this year, which may have encouraged others to come forward with concerns.”

The Commission has broadened the scope for its definition of a whistleblower, to include volunteers too.

It said: “We have a regulatory interest in encouraging people on the inside of charity to report their serious concerns to us so that we are better able to detect problems in charities. For this reason, during the year we began to treat charity volunteers as well as charity workers as whistleblowers, where appropriate.

“It’s a significant change that extends our ability to identify serious concerns that we need to act on. Whilst volunteers do not have any statutory protections if they report serious concerns to us (unlike workers), we recognise that in other respects they face many of the personal challenges and risks experienced by workers and therefore need the same sort of engagement from us.”

The disclosures were predominantly received from employees and ex-employees, at 90.3 per cent.

The types of charities that the Commission received disclosures about varied across 17 different classifications, with the top three being education, disability and religious.

Using funding from the Department of Digital, Culture, Media and Sport (DCMS), the regulator has set up a confidential advice line run by independent whistleblowing specialists Protect.