A new charity has been set up to run an employability project established by the Duke of York, which had previously fallen under the umbrella of his foundation.

The Prince Andrew Charitable Trust (PACT) is in the process of winding down and a new charity, Idea Foundation, registered with the Charity Commission last year to continue running the Inspiring Digital Enterprise Award (iDEA).

Idea Foundation is described as a “new independent charity”, although its programme director and all three trustees have long-standing connections to the project.

The Duke stepped back from royal duties, including most of his charity work, last year following increased scrutiny over his relationship with Jeffrey Epstein.

Amanda Thirsk, a former aide to Prince Andrew, resigned as a trustee on 13 January 2020. The charity’s accounts for the year to March 2019 note that the Commission had raised concerns about her role as a director of one of the charity’s subsidiaries and that the Duke of York had repaid over £355,000 to the charity.

PACT’s 2019 accounts also revealed that the charity planned to wind down, but that a new charity would be launched to run one project.

Its 2020 accounts show that it has made progress towards winding up its activity and that it still has nearly £1.4m in total funds on its balance sheet.

The accounts add that once the charity has been shut down “net assets from PACT and its subsidiaries will then be distributed to support relevant charitable activity and causes”.

iDEA, which was founded as a community interest company (CIC) in 2015, aims to help people of all ages to develop digital skills, and was a subsidiary of PACT until last summer.

When the Idea Foundation was registered with the Charity Commission its programme director and another member of staff were transferred from the CIC to the new charity.

The foundation has three trustees, and one, Richard Parry, was previously a trustee at PACT.

Polly Morgan, programme director of iDEA, told Civil Society: “HRH The Duke of York stepped away from iDEA in 2019 and has not been involved since.

“The board of trustees of Idea Foundation comprises three unpaid individuals who have a shared passion for using digital technologies to provide transformational educational opportunities, particularly for the socially excluded and disadvantaged.”

Parry is no longer a trustee of PACT, and Morgan said his “support and involvement has been instrumental as iDEA has transitioned to its new and independent charitable home”.

A second trustee, Professor Bob Cryan, who is vice chancellor of the University of Huddersfield, has also been “involved in iDEA since its inception”, Morgan said.

Cryan was an advisory board member of the community interest company and now is chair of the new charity.

“He is tremendously proud of the positive social impact that iDEA is achieving, the industry relevant digital badges offered and the over 7.5 million badges completed to date,” Morgan said.

The third trustee, Arjuna Gihan Fernando, is a Sri Lankan entrepreneur who was awarded an MBE in 2017. He has also been involved with the community interest company that ran iDEA as a board member since 2015.

iDEA is a free programme that helps people develop digital and enterprise skills online through short modules on a range of topics.

Learners are rewarded with digital badges and points that build up to three different awards.

Morgan said: “Idea Foundation will continue to grow the programme, focussing on iDEA’s reach and impact. Over the past year, iDEA has supported more people than ever before. iDEA is currently supporting more than one million learners from 100+ countries who have achieved over 7.5 million digital badges on the platform and almost 100,000 people have attained iDEA Awards to date.

“We are creating more opportunities for iDEA learners, there are now over 80 digital badges available, and we are developing a new Award (the iDEA Gold Award). Crucially, we are committed to keeping learning on iDEA.org.uk free.” 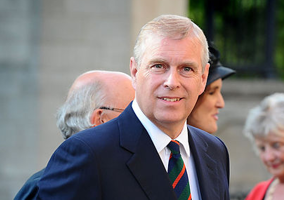