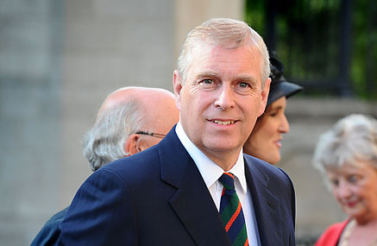 The Prince Andrew Charitable Trust (PACT) breached charity law over payments to a trustee, totalling £355,297, the Charity Commission has said.

The regulator announced the findings of its case this morning. The charity is in the process of winding up and the Duke of York's household has already repaid the money.

Amanda Thirsk, a former aide to Prince Andrew, resigned as a trustee on 13 January 2020. The former trustee was an employee of the Duke of York’s Household from April 2015 to January 2020.

The former trustee was being paid by the charity’s three trading subsidiary companies as a director of those companies. The Duke of York’s Household was then reimbursed for a proportion of this employee’s time by the subsidiaries after the year end.

Trustees cannot be paid to act as directors of a subsidiary company, unless there is authority from the charity’s governing document or the payments are authorised by the Commission or the court, none of which were in place at PACT.

Prince Andrew stepped back from royal duties, including most of his charity work, last year following increased scrutiny over his relationship with convicted pedophile, Jeffrey Epstein.

Charity to wind up

PACT was three months late in filing its annual accounts for the year to March 2019. These set out its plans to wind up and details of its engagement with the regulator.

The remaining charitable funds will be distributed to other charities with similar objects and the charity will request to be removed from the register once this is complete.

The charity reported an income of £1.4m and expenditure of just under that amount. It employed 19 people.

This issue came to light after PACT reported a potential reputational risk arising from significant media coverage of an interview with Prince Andrew, to the Commission.

The Commission said that the action taken by the charity and its subsidiaries was appropriate. However, examination of the charity’s accounts and records at the time identified other issues of concern that required its attention.

These included that the charity could not show that conflicts of interest relating to the payments received by a trustee were managed adequately at trustee meetings and no evidence was obtained to demonstrate that these payments to the trustee provided value for money for the charity.

Helen Earner, director of operations at the Charity Commission, said: “Charity is special – with unpaid trusteeship a defining characteristic of the sector. By allowing the payment of a trustee via its subsidiaries the Prince Andrew Charitable Trust breached charity law and by insufficiently managing the resulting conflict of interest from this payment the trustees did not demonstrate the behaviour expected of them.

“We’re glad that concerns we identified are now resolved, after the charity acted quickly and efficiently to rectify these matters. The recovered funds will now go towards the causes intended, and we will continue to work with the trustees as they wind up the charity.”