Charities could lose £12bn in income this coming year 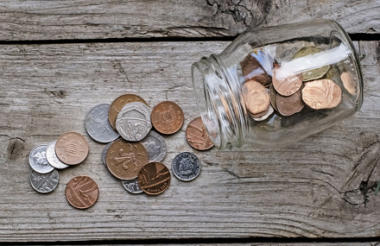 Charities expect to miss out on a quarter of their income in the year ahead, which would result in a shortfall of £12.4bn across the sector.

Some 173 charities answering a survey by the Institute of Fundraising, NCVO and the Charity Finance Group (CFG) said they forecast a 24% decrease in income on average because of the Covid-19 crisis.

Fall in income during lockdown

The vast majority of respondents (84%) also said they have seen their income fall in the first seven weeks of lockdown.

On average, overall income was down by almost a third (29%) compared to what charities had budgeted for. This result is in line with an earlier IoF survey, which was carried out in March and which found that charities expected to lose 31% of their income because of the lockdown.

Half of charities have seen demand for services increase

Almost half (47%) of respondents reported an increase in demand for the services they provide during the pandemic, with 24% seeing a “significant” increase.

This was also similar to the March survey, which found that 43% of charities were expecting service demand to increase.

Some 15% saw no change, while two in five (38%) actually reported a decrease.

Charities expect that the funding crisis will impact their ability to deliver those services over the next year, with 77% saying they will have to reduce what they offer. Some 5% of respondents think their charity will have to close.

The survey also looked at charities’ reserves levels, asking respondents how long they could sustain their work and services.

The majority (56%) said they could survive on reserves for less than six months, including one in ten (11%) who could only do so for one month or less.

Most charities that have furloughed staff expect to make redundancies

Finally, the survey asked charities about their use of government support. The Job Retention Scheme was by far the most popular source of support, with charities saying that withdrawing it before social distancing ends completely will have an impact on their staff and operations.

Of the 103 respondents who have been accessing it, the majority (55%) said they will likely have to make redundancies when it ends. Reducing hours and pay (65%) and scaling down services (54%) were also considered probable options.

Earlier this week, the government released new figures revealing that 164,000 staff in the charity sector were furloughed in the first six weeks of the scheme. According to NCVO data, as of 2018 the sector employed 865,000 people, meaning almost a fifth of the whole charity workforce benefited from the scheme.

The survey and the resulting £12.4bn figure over-represent charities that have an income over £1m (which make up only 4% of the sector but 25% of the respondents), that are based in London and in the south of England, and that work at national and international level. The survey was carried out between 30 April and 25 May.

Failing to support charities ‘will be false economy’

Given the financial strain charities are under, sector bodies are calling for the government to expand its £750m support package.

Peter Lewis, chief executive of the Chartered Institute of Fundraising, said: “This new research shows that the impact of coronavirus is going to have a hugely significant impact on charity finances for the year ahead. With social distancing remaining in place for the foreseeable future, and an exceptionally difficult time ahead for the wider economy, the fact that the charities who responded to the survey are planning for a loss of almost a quarter of their total income is extremely worrying.

“The government urgently needs to review and enhance its emergency support for charities, with a further bespoke package of support, an extension to the Job Retention Scheme that specifically supports those charitable activities which are still unable to take place, or both.”

CFG said that the shortfall will impact charities’ beneficiaries and could end up costing much more to society in the long term.

Caron Bradshaw, chief executive at CFG, said: “I cannot stress enough that this isn’t about the survival of the institution of charity or individual charities, but the devastating impact that this will have on those who rely on the services charities provide. From providing food to the most disadvantaged in our society to supporting people through cancer, if charities are not there to meet the need, someone will have to pick up that work or that need will go unmet.

“It’s not about us, it’s about them. Failing to invest in us now will be false economy and will let those most marginalised and disadvantaged shoulder the greatest fall out from this crisis.” 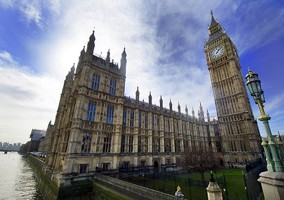 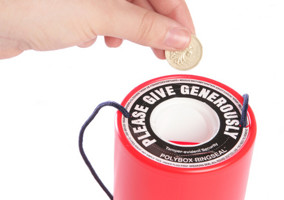