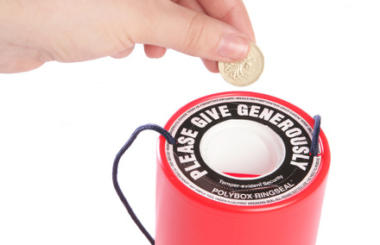 Charities predict that their voluntary income will fall by 48% on average because of coronavirus, a survey by the Institute of Fundraising (IoF) has found.

The survey, in partnership with the Charity Finance Group (CFG) and NCVO, collected responses from 1,100 charities overall and is a preliminary attempt to gauge the financial impact that coronavirus will have on the sector.

Organisations and figures across the sector have been asking the government to provide emergency funding and support charities during the crisis, using the hashtag #EveryDayCounts.

According to the survey, charities expect both their income to fall dramatically and the demand for their services to increase, with emergency grant funding seen as the most effective response to the crisis.

The 337 survey respondents which have reforecast their income expect a 48% decline in voluntary income on average. Overall income, which includes trading income, is expected to decrease by about a third (31%).

At the same time, 43% of charities said they expect demand for their services to increase, putting further strain on their organisations.

Almost all charities (91%) expect their cash flow to be disrupted and three in five (62%) say this will result in reduced activities. More than half of respondents (52%) said they have already reduced their levels of service.

Asked what type of support they need, most charities (83%) said emergency grant funding would be the best way to ensure sustainability.

Organisations with over £1m turnover, which operate nationally and overseas, and which are based in London or in the South of England were all overrepresented in the survey, meaning data are likely to be skewed towards them.

Earlier this month, conservative figures published by NCVO estimated that the sector could lose £4.3bn over 12 weeks because of coronavirus.

Senior figures in the sector say that the only viable way to ensure that charities can survive the crisis and keep offering their services to beneficiaries is a support package from the government.

Peter Lewis, chief executive of the IoF, said: “To ensure that charities are able to both maintain their existing services to people and to play their fullest role meeting the needs of our most vulnerable people, we need a support package for the sector.

“Over the next 12 weeks charities will lose £4bn in vital income that they would have received from the British public, at the same time as a 42% surge in demand for their services. They need urgent help to maintain and expand their services.”

Caron Bradshaw, chief executive of CFG, said: “We have encouraged charities to diversify their funding models over the years and retain reserves on a risk basis. But this situation is unprecedented in attacking every area of charity income, whilst increasing demand and costs, and is rapidly burning through reserves.

“If the government doesn't act now then the longer-term impact on the economy, society and social well being will be devastating and almost impossible to recover from.”

Karl Wilding, chief executive of NCVO, said: “These figures reflect the stories we’re hearing every day from our members. Charities are faced with making incredibly difficult decisions about how to ensure their organisations can help now and still be there to make a difference once the crisis is over.

“Charities run as prudently and efficiently as possible, which means few have enough cash stored up to survive a prolonged downturn.”

Over 200 MPs have signed a letter asking the government to support charities. While various government figures, including Boris Johnson, have said that a support package for the charity sector is on its way, details have not been shared yet.