Kathy Evans: What charities can learn from the collapse of Carillion

Who wants to be a Carillion heir? Can the charitable service sector rest safe in the idea that the PFI giant was a different breed, or will a similar fate be passed on to all outsourcers? Kathy Evans takes a look. 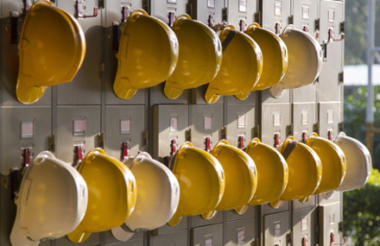 Even in the ‘high octane, high turnover’ news cycle of modern life the collapse of Carillion felt like a slow motion car-crash, the full impact of which has yet to be fully revealed. It’s easy to be bewildered by the staggering size of the numbers involved - nearly £1bn pension deficit; 40,000 subcontractors; multi-million pound executive salaries and bonuses; the swooping share price; and the sheer scale of bank loans poured in to prop up their facade of profitability.

While drowning in those numbers it could be all too easy to see that kind of scale as alien, to focus on the most truly scandalous and corrupt features of Carillion as unique to private sector global industrial corporations and high-finance models, and to imagine it was a ‘bad apple’ from which we must learn, but whose damage has nothing to do with charities. But to me it’s crystal clear that Carillon's collapse is the beginning, not the end, of the collapsing economics of public sector outsourcing.

Interserve, Mitie and even Capita are looking very precarious already, even before the kind of fraught negotiations government will now be entering to see whether they or other members of our big commercial outsourcing contracting cartel will be willing to inherit the contracts Carillon won by bidding so low that they are now toxically underpriced. If they take them on at Carillon’s pricing, much of which is below actual delivery cost, they will further weaken their own businesses. If government raises the price on the contracts to make them acceptable to new delivery organisations, Whitehall budgets and public spending constraints are bust.

As the slo-mo car crash unfolds in front of our eyes we should expect its shockwaves to reach the ‘public service markets’ in which charities large and small have been competing for over 30 years now. There should be no comfort taken in the fact that Carillon did construction and maintenance contracting, and charities don’t. We may not be direct descendants of Carillion, but we are its extended family.

There are several features of what brought them crashing down that we must recognise as pressing problems in our own sector. The following three are only the most obvious (there are many more too):

The Charity Finance Group’s benchmarking tracker tool found, just over a year ago, that the 11 participating service delivery charities with annual income above £50m were making on average an 11 per cent loss on their public sector contracts. That doesn’t mean, of course, that they have all been deliberately bidding too low at tender just to win contracts (although some must admit they have). Some loss will be incurred by higher costs in the course of delivery than anticipated at bidding. Some will be charities committing to things like uplifts on salaries or higher-than-minimum wages, that their commissioners too often refuse to fund. Some is the result of delivering services on individually negotiated or fixed price spot purchase fees for each case referral, a purchasing model which charities often have little or no choice but to accept. But whatever the stories behind it, an average 11 per cent loss represents a giant red flashing light on the dashboard of chronic unsustainability. And with austerity continuing to shrink public commissioners’ budgets, particularly those of local authorities, the prospects fee/price adjustments back up to true cost (let alone a reasonable margin) are, frankly, zero.

Most of my members in the children’s charity sector have some kind of pensions deficit challenges, some manageable, others very serious. I have no reason to think it’s any different in other parts of the voluntary sector. Their existence is no sign of financial malpractice, rather the accumulating impact of honouring commitments made in an era in which, as a society and as a sector, we promised far more decent terms and conditions to our employees.

Many charities matched (or TUPE’d) public sector pensions for our staff, and it was an honourable thing to do. Pensions deficits are not a direct consequence of public service contracting, but their escalating bill is, as it was for Carillion, a titanic ‘underwater’ iceberg that could scupper many charities whose quality of services and contract income ratios might otherwise appear, on the surface, perfectly sustainable.

For a great many charities the experience of being subcontractors to bigger charities, or to private ‘prime’ firms, has become a necessity of life. The risks and problems caused by supply chain contracting have been hotly debated and examined in our sector, for example by NCVO’s excellent ongoing work on the ‘Transforming Rehabilitation’ programme’s impact on charities.

The fact that we are well aware that supply chains don’t work for charities doesn’t help us very much in the immediate term. We should, certainly, be refusing, en masse, to accept the false logic of supply chain contracting as an acceptable way to deliver public services in future.

Charities already involved in supply chains should urgently look at the unfolding experience of Carillon subcontractors left high and dry by prolonged invoice non-payment and their ‘lack of insurance cover’ for this eventuality. But we must acknowledge that our sector’s ecosystem is riddled with subcontracting risk, and the threat to survival is greatest for the smallest ‘suppliers’ with the greatest reliance on subcontracts as a single source of income - a situation ‘sold’ to them as their best route to sustainability.

I have been predicting the collapse of public service outsourcing for many years, warning and encouraging the charity sector to play its part in creating a change of direction, and fast. While it brings me no pleasure at all to see it happening, the analysis that lead me to that prediction gives me certainty that this is no ‘bad apple’ company that can be removed from an otherwise healthy barrel.

Carillon's collapse is the public outsourcing equivalent of Bear Stearns collapse at the beginning of the financial collapse of 2008. If it goes anything like the same way, we have the equivalents of Lehmann Brothers, AIG and RBS yet to come, then the public bailouts of private ‘too-big-to-fails’ and all the disastrous impacts for the ‘little guys’ who are left to go to the wall.

If we want to change that fate, or at least mitigate its full impact, we must get our act together quickly. We must stop playing the contracting game as it has been framed; stop competing against each other for scraps of underpriced work that can’t be sustained for our own organisations or for the rising demand from the people we serve. We must assert our collective voice and power to change the game altogether. Before it really is too late.

This article has been amended to clarify that in CFG's financial benchmarking tool, an 11 per cent loss was made on average by 11 charities with income above £50m, not by the top 100 public service delivery charities. 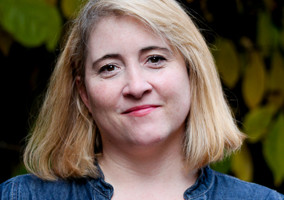 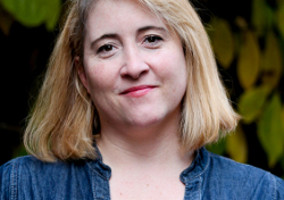