Fadi Itani, chief executive of the Muslim Charities Forum, explains how Ramadan has become a time for increased market awareness and an opportunity to tap into the heightened social and spiritual conscious of the Muslim consumer. 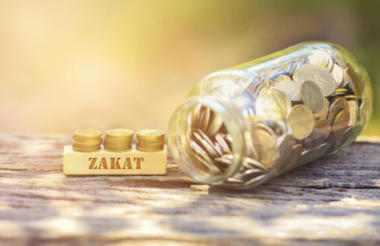 Nowadays and especially during Ramadan, giving in charity is a flourishing activity. Although charity can be given at any point of the year, most Muslims give their contributions such as Zakat – an obligatory charitable donation -  during the month of Ramadan. In the UK this year during Ramadan, up to 4 million Muslims will donate towards those in need, totalling more than £100m towards charitable causes in just 30 days. That’s a rate of over £38 per second - making Muslims the leaders in humanitarian aid response.

Brand engagement with the Muslim consumer has risen sharply within the UK as charities and businesses compete for space in the minds and hearts of worshippers. Understanding the potential of the Muslim pound has awoken commercial and charitable businesses to focus their attention on this specific faith group. Ramadan has now become a time for increased market awareness and an opportunity to tap into the heightened social and spiritual conscious of the Muslim consumer.

Islam is a religion which is based upon five key actions for those who follow it. These actions - or five pillars – are considered compulsory acts of worship. Alongside the testimony of faith (shahadah) there is also prayer (salah), fasting during Ramadan (sawm), going on Hajj (pilgrimage) and giving an annual charitable payment (Zakat).

Zakat is often mistaken solely and simply as a compulsory charity. Under Islamic law, a more accurate description of Zakat is as a ‘religious duty’ that is for the purposes of purification of wealth for the individual and the subsequent redistribution of that wealth into society.  Just as Islam lays down other areas of jurisprudence, Islamic law details who should give Zakat, it’s purpose and who should receive it.

The meaning of Zakat is ‘to purify’ - purification of the wealth and heart of the Muslim. By giving annually a fixed amount of wealth (typically 2.5 per cent), this value is redistributed from the rich to the poor. It is considered a right that the poor have over the wealthy. It is also a reminder for the donor that wealth is a test and not to be taken for granted but to have with gratitude and humility. The act of donating in Zakat is said to remove arrogance, strengthen faith and builds bonds within society.

However, Zakat is not meant to be a burden which causes hardship. Therefore, although an obligatory action, it is only applicable to those who hold wealth and assets above the Nisab (the decreed level of wealth a Muslim must have before they are liable to give Zakat). Therefore, not all Muslims are required to donate Zakat – just as not all people will be eligible to receive it.  The Qur’an specifies 8 clear categories for recipients: “Indeed, [prescribed] charitable offerings are only [to be given] to the poor and the indigent, and to those who work on [administering] it, and to those whose hearts are to be reconciled, and to [free] those in bondage, and to the debt-ridden, and for the cause of God, and to the wayfarer. [This is] an obligation from God. And God is all-knowing, all-wise.” – (9:60)

Most Muslims give their Zakat to registered charities within the UK who distribute the funds on their behalf to the poor and needy. In recent years, the number of international humanitarian response charities aimed at and operating within the Muslim market, has risen dramatically in relation to the increasing need globally.
At the same time, the increased number of families in the UK living in poverty combined with the rising cost of living has risen sharply in recent years. There, therefore exists an opinion that Zakat should be distributed within the UK to those in need.

However, an equally valid opinion is that the area that Zakat should be given in should not be geographically restricted, since Islam is a faith which transcends borders.  It is argued that those in the greatest need - wherever they may be in the world – take priority and that considering the conditions of people outside of the UK is still essential to Zakat donation. With over 22.5million refugees worldwide fleeing war, persecution and poverty – and over half of those under the age of 18 -  there is without a doubt a need for international help. Many are plunged into abject poverty and in danger of violence, disease and death.  Zakat and other charitable donations can really make a difference to delivering emergency and long-term aid that can save lives.

Zakat is more than just a religious charity though – it’s essence is as an act of worship to bring Muslims closer to God.  In a world increasingly disjointed, this humanitarian response can build bridges and bonds in the global fight against poverty and hardship. The actions of relieving a burden from another person or indeed saving their life, holds huge importance and reward within Islam. Whilst there is no doubt that there are families in need within the UK, British Muslims can also feel duty bound to help those abroad who have nowhere to turn.
Intention and credentials

With over 1000 registered Islamic charities within the UK alone including small mosques and large international charities, donors are spoilt for choice as to where to give their Zakat.

Whilst many people will give to the charities that they are familiar with, it is wise to consider how long a charity has been registered (checking registration with the Charity Commission) and the key personnel and processes for fund distribution. Individual charity websites should give a clear indication of the executive team, advisers, trustees and partners.  Many charities will, by necessity, work with trusted foreign partners to distribute the aid due to certain restrictions in accessing the key country. There is nothing wrong with these processes, as long as they are transparent about this and ensure aid fairly reaches those in need. Reading the latest Annual Report, their Charity Commission submission should give an indication of key objectives, processes, targets and accomplishments.

On the other hand, charities must be very transparent as to where and how they use Zakat contributions as well as other donations.

In conclusion, as the Muslim charity market continues to grow, it is evident that more and more donors are beginning to ask pertinent questions and expect a more transparent and sophisticated level of engagement.  Giving any proportion of wealth – be it in Zakat payment or a voluntary charity – is important and as with all actions within Islam, should be measured first by intention. It therefore stands to reason that continued assessment of where, how and who Muslims give their Zakat to should be a priority to ensure the true charitable potential of this act of worship can be realised. 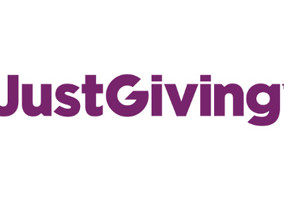 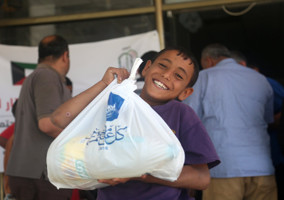 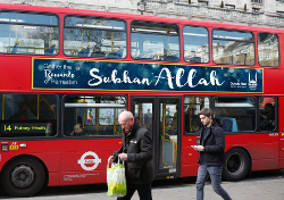