Carolina Albuerne from Refugee Action explains how the charity has worked in partnership with other organisations to bring an early-action approach to the crisis-driven asylum and refugee sector. 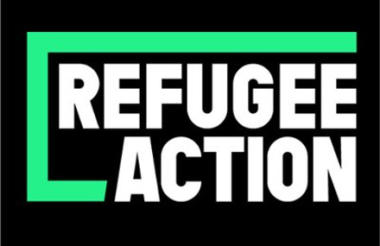 Too often people seeking safety in the UK are forced into poverty and crisis. Cuts to legal aid mean it is often impossible to access the vital representation and advice needed to navigate our complex asylum system.

Many voluntary sector organisations step in to help people in crisis by providing food, shelter, clothing and advice about the support they are entitled to. But few have experimented with structured approaches to prevent people falling into poverty and destitution in the first place, to de-escalate crises before lives are at risk.

Services for people seeking asylum in the UK have become reactive and crisis driven. But Refugee Action believes this doesn’t have to be the case and that the sector can be transformed by adopting early action approaches that will ensure better outcomes for people forced to flee conflict and persecution.

Two and half years ago, the charity created a good practice and partnerships team with the aim of building a movement based on a sector-wide, evidence base about the types of services that most benefit those in the asylum system.

A recent and long-awaited success has been the launch of an ambitious England-wide partnership between eight frontline organisations working with people seeking asylum, to test preventative approaches over three years and transform current ways of working.

The £1.1m Early Action Charter for People Seeking Asylum Programme is possible thanks to funding of over £850,000 from the Big Lottery Fund and capital raised by Refugee Action.

Along with Refugee Action, the partnership includes:

The success of early action approaches

The idea for the programme came from Refugee Action’s growing awareness that early action approaches used in its own services, such as Asylum Guides, which provides information and guidance to equip people to successfully navigate the asylum system, were successful and empowering the people it works with.

One refugee supported through the project is Tejvir, a Sikh man who fled Afghanistan where he was persecuted because of his religion. He had no solicitor or any knowledge of the asylum system. His guide helped him find legal representation and gave him advice about his claim and how his religious identity would be scrutinised. Tejvir and his family were granted refugee status and his guide referred him to services that would enable him to rebuild his life.

The good practice team approached the Early Action Taskforce, a group that works to promote the type of preventative work that is already providing successful outcomes in the care, health and education sectors.

In October 2017, Refugee Action co-hosted one of the Taskforce’s Insight events. The good practice team spoke to more than 20 organisations to gauge who might be the early adopters of early action approaches within the refugee and migrant sector.

The aim was to bring together organisations working with people seeking asylum, to share learning and Refugee Action’s vision for preventing and de-escalating asylum crises. By collaborating and building an evidence base, funders would see what could be achieved if they invested in preventative services for people seeking asylum.

The challenges of collaboration

At the start of this year, Refugee Action had brought together eight organisations interested in collaborating and working together to test early action approaches.

Bringing together a diverse group of organisations from across England is not without challenges, such as finding time for everyone to connect about the project and ensuring the internal resources are available for data collection. Meetings are held via Zoom and planned with long lead-in times so everyone knows what is expected. Researchers from the universities of Birmingham and Wolverhampton are supporting with impact monitoring and creating a baseline for data collection.

The group’s diversity is also its strength along with members’ willingness to learn from each other and collaborate. There is a real determination to work together to achieve long-lasting outcomes to improve the lives of people seeking asylum.

An Early Action Charter, which aims to inspire organisations across the sector to adopt preventative ways of working, will be developed by partners.

We hope the programme will produce enough evidence and shared learning to bring systemic change and influence funders to see that the sector is ready and capable of delivering early action approaches.