With Christmas around the corner, we have gathered up some of the best festive charity campaigns spotted so far this year. 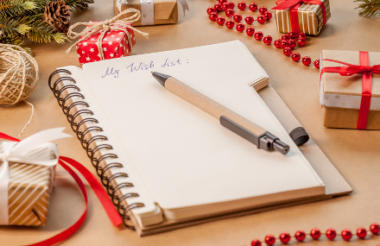 Save the Children's Christmas jumper campaign

Save the Children’s seventh annual Christmas Jumper Day took place on Friday 13 December. Festive jumpers filled the rooms of multiple schools and offices, with some even appearing on our favourite furry friends.

Indeed, at Chessington World of Adventures Resort a team has stitched a long-necked knitted jumper for a giraffe, while at Sea Life London, jumpers have been made for the Gentoo penguin colony.

A whole host of celebrities rallied together to support the return of Save the Children’s Christmas Jumper Day including Holly Willoughby, Fearne Cotton, Katie Piper, Dani Dyer and Kem Cetinay.

Age UK launched an emotive campaign, with findings from a new survey suggesting that Christmas is the loneliest time of the year for over 1.5m older people. It found that those who have lost their partner are feeling it the most.

A series of images have been created to illustrate the “thoughts and emotions felt by many when going through challenging experiences such as bereavement”. The campaign features Colin, who came to Age UK for help after losing his wife.

Dogs Trust and the 12 Days of Christmas

The Dogs Trust has launched its 12 Days of Christmas campaign by sharing 12 “naughty and nice realities” of dog ownership. The charity says that on average it receives a call every six minutes from someone wanting to give up their dog.

Dogs Trust said: “People can give up dogs for all sorts of reasons, but we are encouraging people to make sure they’re ready for the commitment by sharing 12 naughty and nice realities of dog ownership.

“Dogs give us so much love and joy, but along with the warm snuggles and fluffy ears comes the muddy paws and dog hair everywhere. We wouldn't change our furry besties, but the reality of owning a dog can be hard work.”

Tink the pony was “up to her stomach in mud, underweight and desperately hungry” when she was found nine months ago. Now she is the nationwide face of the RSPCA’s Christmas appeal.

Tink has since been cared for by the charity, but they are hoping she will have a new home in time for Christmas.

The Christmas video was made in-house by the RSPCA’s broadcast team, and stars staff and friends who gave up their own time for filming. It features a cover of Starship’s Nothing’s Gonna Stop Us Now sung by RSPCA press officer Lucy Ellie.

Alan Laxton, broadcast manager at the RSPCA, said: “Hopefully it will inspire people to think of animals in need over the festive period and to feel that our gifts of kindness can really go a long way to changing their lives.”

On Christmas Day 2018, the charity received 934 calls to it’s cruelty line - the highest number for five years and a 28 percent increase compared with 2017.

Send a Cow: on ethical gifting

Send a Cow is reminding the public that in the UK alone, 60 million Christmas presents are unwanted, adding: “But there are more meaningful gifts you can buy, which will also help keep your Christmas plastic-free”.

This year’s campaign asks the public to buy ethical gifts that could help people in rural Africa to tackle the impacts of climate change. Send a Cow currently works in six African countries: Burundi, Ethiopia, Kenya, Rwanda, Uganda and Zambia.

More than 1,000 people across the country have been invited to enjoy a festive meal hosted by Waitrose & Partners and John Lewis & Partners, in association with food redistribution charity FareShare.

Some well-known faces will be giving a helping hand, including sports personality Clare Balding and cricket commentator Jonathan Agnew.

Alyson Walsh, FareShare commercial director, said: “We know that 46 per cent of people receiving food from FareShare supported groups have gone without a proper meal in the last month, so we are thrilled to be working with both John Lewis and Waitrose to provide these Festive Feasts and help more people feel part of the community.”

Scotty’s Little Soldiers, the national charity for bereaved British Armed Forces children, called on people in the UK to wear their favourite bobble hat to raise money. Jodie Whittaker, star of Doctor Who and Broadchurch, supported the campaign.

Jodie Whittaker said: “Scotty’s Little Soldiers is an amazing charity that supports the children of servicemen and women who have lost their lives.”

Nikki Scott, Scotty’s little Soldiers founder, said: “Christmas time is one of the hardest periods in the year for bereaved Armed Forces children. While most kids look forward to spending the festive period with their family, ours aren’t that lucky – their hero is missing from their family.”

In its Christmas video, CLIC Sargent is highlighting how cancer costs children their Christmas and is asking the public to donate to CLIC Sargent so that it can keep families together. It released a sobering video, featuring six-year-old Matilda.

This month's issue of Fundraising Magazine took an in-depth look at Christmas campaigns. Subscibers can access the articles here. 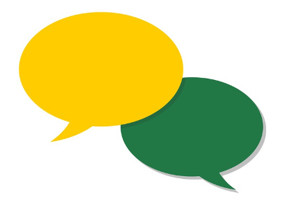 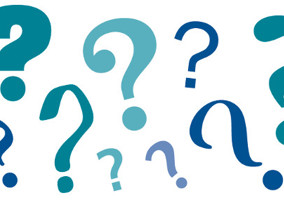 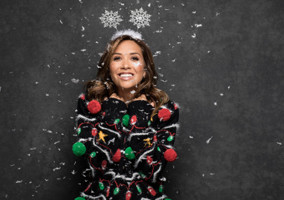 Some of this year's best Christmas charity campaigns