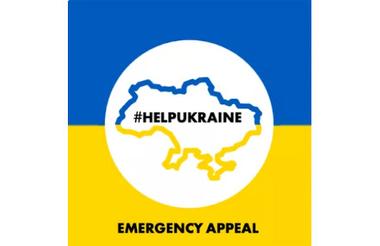 Western leaders have called for a halt to military activity and promised to hold Russia accountable.

Charities and individuals have launched fundraising appeals for people who are affected and called for an end to the fighting.

Earlier this month a group of Ukrainian organisations in the UK launched an appeal, anticipating a humanitarian crisis and lasting trauma for people in the region.

In an update this morning, Anna Dezyk, who started the GoFundMe page said: “We have heard the terrible news today that there has been a major assault on Ukraine, with reports of missile strikes and explosions. Our thoughts and prayers are with the Ukrainian people.

“We have already funded with AICM Ukraine, in preparation for any casualties, medical packs which have just been delivered safely to two different hospitals in Luhansk and Kharkiv Oblasts where the distribution can be decided by the local health authorities in a few minutes. AICM say their local staff is safe and ready.”

The GoFundMe page has reached £40,000 at the time of publication

Organisations involved in the appeal:

Dan Zenchuk, whose parents are from Ukraine , plans to walk 152 miles to raise money for the Support Ukraine UK Appeal.

He is a member of the private Facebook community, which was launched this January, and aims to raise money by walking to seven locations spelling out the word “Ukraine”.

Zenchuk has been featured in local and national newspapers. He told the Peterborough Telegraph: “We set up a Facebook page and spread the word around the Ukrainian community in the UK, initially we organised local collections of aid items from the community, with myself covering Cambridgeshire, Northamptonshire and Lincolnshire. In the first round we collected 140kgs just from the community in Peterborough alone and 500kg in total.

“Through my company, Danzen Logistics Ltd, I offered to sponsor the first ton of aid to be sent. In addition to this, we started a go fund me page to raise funds to buy equipment in Ukraine also – this to date has raised over £3,200 in just two weeks.

“I was really happy at the support we received but wanted to do something personal and that’s where Walk For Ukraine came from.”

His crowdfunding page on JustGiving has so far raised £1,000.

Save the Children estimates that at least 100,000 people including at least 40,000 children have been displaced from Eastern Ukraine in recent days. This comes on top of an estimated 854,000 people already displaced across Ukraine since the start of the conflict in 2014.

Today the charity’s Eastern Europe director, Irina Saghoyan, said: “Ukraine’s children are caught in the crossfire of this adult war. It should never have come to this.

“Our most immediate concern is the risk to their health and wellbeing – in conflict, everything is on the table – death, injury, sexual violence, protection risks.  Children are terrified. They are hearing explosions, they are being asked to flee with just the clothes on their backs. The risk to their mental health and potential for long-term trauma cannot be under estimated.

“We are also gravely concerned about displacement and the subsequent soaring humanitarian needs. Any family forced from their home needs help with shelter, food, clean water – the absolute basics. We are also at the end of winter, with temperatures regularly below zero.”

Save the Children has been operating in Ukraine since 2014. Its activity includes support for education, providing psychosocial support, distributing winter kits and hygiene kits, and providing cash grants to families so they can meet basic needs such as food, rent and medicines, or so they can invest in starting new businesses.

People can donate to Save the Children's emergency fund here.

Unicef also called for an end to fighting.

“Unicef is working across eastern Ukraine to scale up life-saving programmes for children. This includes trucking safe water to conflict-affected areas; prepositioning health, hygiene and emergency education supplies as close as possible to communities near the line of contact; and working with municipalities to ensure there is immediate help for children and families in need. UNICEF-supported mobile teams are also providing psychosocial care to children traumatized by the chronic insecurity.

“The past eight years of conflict have inflicted profound and lasting damage to children on both sides of the line of contact. The children of Ukraine need peace, desperately, now.” 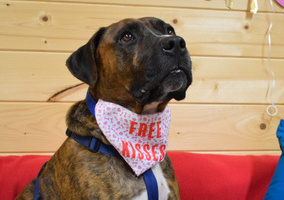 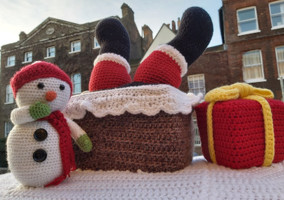 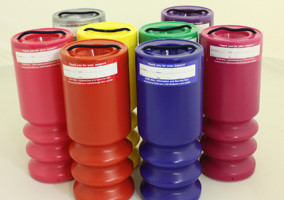