Oxfam GB has seen as many regular givers stop supporting the organisation in the six months since the Haiti sex scandal broke as they would normally see in a year.

Speaking at the Institute of Fundraising Convention in London this morning Nicola Tallett, director of fundraising, and Matthew Sherrington, director of communications, said that the charity had not appreciated how big an impact it would have at first.

In the months following the scandal it saw a higher than normal attrition rate for the number of regular givers cancelling their direct debits.

Tallett said: “In March, we wrongly assumed that everyone who was going to react had already reacted and we would go back to that normal attrition rate. But even across April and May we were getting higher attrition rates than we would normally expect, by the time we go to June we’re about now on par with it.

“We’ve already surpassed an annual amount of attrition in the first six or seven months of the year. That’s how impactful it was on us."

Tallett also said that the charity had seen a 4 per cent increase in regular givers who had donated for more than five years cancelling their direct debits with Oxfam.

“For our regular givers, who have given to the charity for more than five years, our normal retention rate is 99.6 per cent which is phenomenal. They basically don’t stop. They’ve committed to us, and they’re sticking with us."

But, she continued: "We come up to February and suddenly that dropped down to 96 per cent.

"Having something that is usually so stable and then fundamentally changes, in such a core group of our supporters, we knew that we needed to act differently. For me that’s the thing we haven’t really overcome yet, that we’re still working on. This group of supporters who are so loyal to us and we’ve hurt them so badly that they’ve gone out of their way to cancel their donation.

“That’s something I take really personally and I want them to reassure them that we’re doing better now than we were in 2011.”

Oxfam to make over 100 redundancies

Sherrington said that, six months on from when the initial Haiti stories broke, the charity is still in a crisis but that the crisis has now been “internalised within the organisation”.

He said that Oxfam is now facing “huge financial cuts” that have seen the charity draft “new change proposals that will result in over 100 redundancies at Oxfam”. He said that both the communications and fundraising teams were “quite seriously affected and we’re managing a lot of emotion in the building”.

Sherrington admitted that Oxfam handled the story wrong at the beginning of the crisis. He said the charity believed it to be a “weekend story” and one that would blow over.

In the end, Sherrington said the charity experienced “an unprecedented 13 consecutive days of front page and headline news. There hasn’t been a political story with that much coverage. The only thing that knocked us off the front pages was the Beast from the East. Day 15 we were still in the papers, and the Beast from the East hits. If only it had arrived the week before”.

Sherrington referred to accusations in the media that Oxfam had covered up some of the events and reiterated that the charity "refutes" this.

This led to "questions around our integrity". The Charity Commission has opened a statutory inquiry, which includes assessing whether Oxfam informed relevant parties properly at the time.

He also said that the level of media scrutiny led to inaccurate stories, which were difficult to respond to.

Editor's note: This story has been updated for clarification at Oxfam's request. 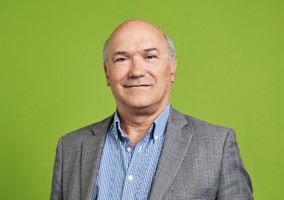