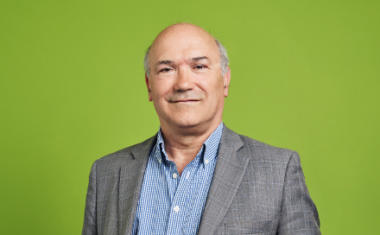 Mark Goldring has announced that he will leave at the end of this year saying that the charity needs “fresh vision and energy” to see through its recovery from the fallout of the safeguarding scandal.

Oxfam has faced intense media scrutiny in recent months and is being investigated by the Charity Commission over safeguarding incidents, including those taking place in Haiti in 2011.

He said he had been “privileged” to have been its chief executive but that “time is coming for a new leader”.

Goldring said: "Following the very public exposure of Oxfam's past failings, we have redoubled our efforts to ensure that Oxfam is a safe and respectful place for all who have contact with us. We are now laying strong foundations for recovery. I am personally totally committed to seeing this phase through.

"However, what is important in 2019 and beyond is that Oxfam rebuilds and renews in a way that is most relevant for the future and so continues to help as many people as possible around the world build better lives. I think that this journey will best be led by someone bringing fresh vision and energy and making a long-term commitment to see it through."

In 2016 Goldring was given the Daniel Phelan Award for Outstanding Achievement at the Charity Awards, organised by Civil Society Media, in recognition of his 30-year career in the voluntary sector as well as involvement as a trustee and volunteer.

At the time, Andrew Hind, chair of the Charity Awards judges, said: "Mark personifies the qualities that we all want to see in an outstanding charity leader."

In an interview with Civil Society Media to mark the award, Goldring said: "You are always trying to strike a balance between making the world a better place for people today and changing the things that are keeping people poor or excluded in the long term.  What I’ve loved about this sector, and tried to bring to each of the leadership roles I’ve had, is the combination of these two things."

Caroline Thomson, chair of Oxfam, said: “It is with great sadness and with thanks for his dedication and leadership that I accepted Mark's decision to stand down.

"Having led Oxfam successfully for five years, working with millions of people to help them escape poverty, building the international Oxfam confederation, and raising record levels of income, Mark faced the test of a lifetime managing the crisis which hit us in February and related to events before he joined. He rose to the immense challenge and his leadership has been invaluable through it. It is testament to his integrity and humility that Mark will see through the next few difficult months.

"When I took over as chair, Oxfam had just celebrated its 75th birthday. It is a great institution, representing the best of British values and with a great history behind it. Mark's decision today is in keeping with his work over the last five years. His top priority has always been to ensure that Oxfam has a great future, focused on the people we are here to serve, helping them to escape the dirty water, hunger and other daily realities of life in poverty now and for good."

Goldring will continue to lead Oxfam GB until a successor is recruited and in post.

Goldring announced that he was leaving on Twitter and a number of charity leaders said they were sad to hear the news and thanked him for his contribution to the sector.

It's with a heavy heart that I have decided to stand down as Chief Executive at the end of this year. Oxfam is overwhelmingly a force for good. I have witnessed and, I hope, contributed to the positive difference we make for & with people living in poverty https://t.co/pHHSjAKXJZ

Winnie Byanyima, executive of director of Oxfam International, was among those who responded to him, saying that she felt a "deep sense of loss" and that he has her "her highest respect and admiration".

Dear Mark, I want to share my sadness and deep sense of loss.
Oxfam thanks you for your years of dedication & passion leading @oxfamgb. Your commitment to challenge suffering & poverty has been unwavering.
You have my highest respect and admiration.
We will miss you terribly!

I’m really sorry to hear this @Mark_Goldring1 You have brought passion, commitment & integrity to your work. Above all you care deeply about those that @oxfamgb is set up to serve.

Peter Lewis, chief executive of the Institute of Fundraising, said he had led with "amazing calmness and fortitude".

Very sorry to hear that Mark. You have led a great organisation during difficult times with amazing calmness & fortitude. Thank you.

Loretta Minghella, first church estates commissioner at the Church of England and formerly chief executive of Christian Aid, said that his work would be remembered.

Tough news, Mark. Your friends in the sector and beyond know and will always remember the tremendous work you have done with such courage, wisdom, tenacity and openness.

Sad to see you go.

While understandable, there's something wrong when the media relentlessly targeted you even though you became chief executive of Oxfam two years after the crimes were committed.

Commission has opened over 400 new cases into safeguarding concerns 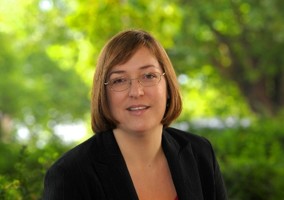 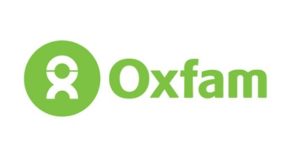