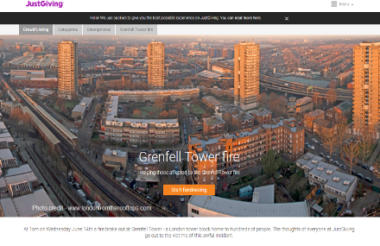 Editor's Note, 12.15pm: The Grenfell Tower fundraising campaign is ongoing and the figure will be updated over the course of the day.

Over 400 fundraising pages have been set up and over £1.6m raised for those affected by yesterday’s Grenfell Tower fire in West London, according to digital giving platform JustGiving.

Well over £300,000 has been raised on rival platform GoFundMe. Together with fundraising carried out by individual charities, this takes the total to well over £2m.

JustGiving said that some 400 pages were set up on its website following the fire which engulfed the Grenfell Tower residential high-rise in West London in the early hours of yesterday morning. All the pages combined have now raised well over £1m, and JustGiving said figures were “constantly rising”.

Following the fire, JustGiving set up a “dedicated emergency landing page” on its website so that donors “can see all the appeals that have been created to support the victims and their families”.

One of the largest appeals, in terms of money raised, was set up by Haley Yearwood, who described herself as a “teacher at a local school” and has raised over £600,000.

John Coventry, head of UK communications at GoFundMe, also said that over £300,000 had been raised on the platform from some 250 pages.

According to the most recent update, 12 people are now confirmed to have died in the fire, while more than 60 people remain in hospital, many with critical injuries. A number of people have also been listed as being missing.

Commission urges public to ‘give safely’

Yesterday afternoon, the Charity Commission issued a warning to members of the public to “give safely” to appeals relating to the Grenfell Tower fire.

The Charity Commission advised all prospective donors to emergency appeals to “check the charity is registered on the charity register” and have also advised members of the public concerned about the safety of their donations to consult its guidance around safer giving on its website.

In a statement, David Holdsworth, chief operating officer at the Charity Commission, said: "We are saddened to hear of the tragic events in West London. There are many registered charities on the ground doing what they do best to assist those who have been affected.

“We are urging members of the public that wish to make donations to check that they give to a registered charity in order to best support those affected, and also importantly to check with those charities what support they need – whether that is money, time or other essential supplies." 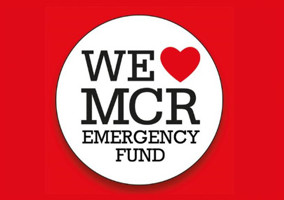 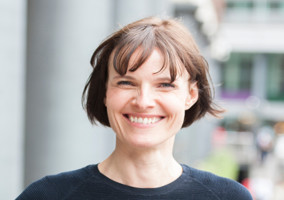