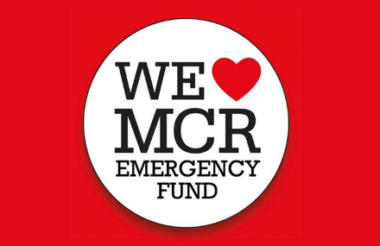 JustGiving pages set up in the aftermath of the terrorist attack in Manchester have now reached over £2m, with the overall total raised thought to be a lot more.

The attack at Manchester Arena killed 22 people and injured 64, when a bomb went off towards the end of a concert by American singer Ariana Grande.

One page which was set up by the Manchester Evening News has now raised over £1.3m. The fund will be administered by the British Red Cross, who are offering support to families. A spokeswoman from Trinity Mirror, which owns Manchester Evening News, said that they will keep the crowdfunding page open for a couple of weeks to allow for people doing collections to put money in.

Another fund has been launched, called the We Love Manchester Emergency Fund, by Manchester City Council. On its crowdfunding page the fund has raised over £800,000, which includes £158,513 from an appeal set up by the Sun. However, the JustGiving page says that £2m was raised in just 24hours.

British Red Cross is also taking donations on its own website.

Meanwhile, a JustGiving page set up in the aftermath of the attacks was created by actor Tom Hardy. The page, which is collecting donations to go to the British Red Cross, was set up yesterday under Tom Hardy’s name, but JustGiving has now confirmed this morning that it is the same Tom Hardy that has appeared in films such as Inception, The Revenant, and the Mad Max films.

The page has now raised over £18,000, surpassing its £15,000 target. The money is going to the We Love Manchester Emergency Fund, run by the British Red Cross.

A page has also been set up for a homeless man called Steve who helped the victims of the attack on Monday night. 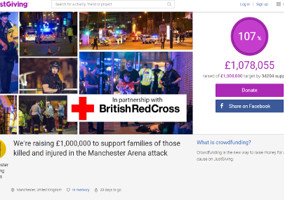