The Trusted Charity scheme, which has been run by NCVO since 2009, will now be delivered by The Growth Company.

The scheme awards a nationally-recognised quality standard to charities through a combination of self-evaluation and external assessment, and was formerly known as the PQASSO Quality Mark.

NCVO said the decision was part of its new strategy for focusing its resources where it could have greatest impact for its members.

It will continue to work directly with charities already being assessed through the scheme, and will remain a long-term “strategic sponsor” for the programme.

The Growth Company has “no plans to significantly change” the price of participation, NCVO added.

Laura Crandley, the director of finance and services at NCVO, said: “We are delighted to share that we have reached agreement with The Growth Company to deliver the Trusted Charity standard.

“We made the difficult decision to move the Trusted Charity standard to a new provider as part of our new strategy.

“However, NCVO will remain as a strategic sponsor for the Trusted Charity standard as we believe in the positive role it and other quality standards have to play within the sector.

“We believe more organisations can be reached to benefit from engagement with this quality standard and we look forward to working with The Growth Company to achieve this.”

NCVO said that there are around 50 organisations currently in the process of receiving accreditation through the scheme, with another 170 charities already awarded the standard.

The Growth Company describes itself as a not-for-profit, commercially-driven organisation, which focuses on skills, employment and enterprise.

It has previously delivered quality standards to more than 5,000 organisations, including Investors in People in the North of England, the Matrix Standard for the Department for Education, and a dedicated scheme for the Law Society.

The company is also a delivery partner for the National Citizens Service Trust (NCST), as the NCST spends its remaining funds on a project providing training and jobs placements for young people.

Its turnover last year was more than £95m, according to filings with Companies House.

Chris Jones, director of operations at The Growth Company, said: “We are excited to take on the delivery of the Trusted Charity standard.

“The standard’s quality areas are an excellent framework for supporting charities to operate more effectively and efficiently and we have no plans to significantly change it.

“Our experience delivering other quality standards, such as the matrix Standard and Investors in People in the North of England, leaves us well placed to meet the needs of the voluntary sector and to ensure the standard retains and builds on its robust reputation.

“We also look forward to continuing to work with NCVO as a strategic sponsor to reach more organisation who can benefit from this important quality standard.” 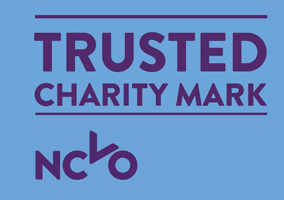