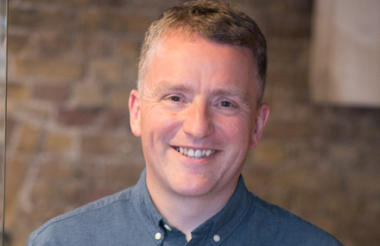 “I do not feel quite yet that volunteering runs through our veins as an organisation,”  Karl Wilding, chief executive at NCVO, told those assembled for the Association of Volunteer Managers' annual conference.

He said: “My hope is that I am going to move that on a few notches and that every time a new issue comes along one of the first things that we think about is what the impact is for volunteer-involving organisations or volunteers themselves,” he said.

Wilding added that he did not just want to see “incremental change” but aimed to “have a few moonshots”.

“Charities change people's lives and the vast majority of them do that because of volunteers and what people do, let's go out and tell the world that getting involved in your community is going to change your life as well, it's not just going to change someone else's”, he said.

“I also want a bit of a gear change” in terms of how effective NCVO is, he said. “We produce some really magic stuff that really helps people but it does not ripple out very far, we sort of have a bit of a field of dreams approach sometimes… I want to get it out much further”.

When asked about a rule he would like to break, Wilding answered that it would surround leadership: “Sometimes it feels that there is an unwritten rule about being a leader that you always know what the answer is, and that you always have to be right and know where we are going and I do not actually. I do not ever remember a time working in this sector where I have felt less certain that I know what the future is going to look like”.

We should be able to have “conversations that are rooted in uncertainty, that we are open and honest about that uncertainty and that we try and work to and answer, rather than just being expected to take a hard position and to know where we are going,” he said.

Sector must change public understanding of charity and volunteering

Wilding said some people perceive charities carrying out “Victorian-type activity” that “is entirely about just giving money” and the same applies to volunteering.

There are some people who think “volunteering is morally wrong” and “there is a very strong left of centre critique of volunteering at the moment, that we are undermining paid staff,” he said.

But added: “I am absolutely convinced that people out there still care” and “they want to do stuff that makes a difference to the causes that they care about”.

“But I am also convinced that quite frequently when they do it on their own they do not have as much impact as the could if they had come to us and we had helped shape them, because we can amplify what they do. We can change that desire to change the world into tangible action,” he said.

The NCVO chief executive said it “makes you really angry when you see the ways in which the state, business, or us as charities have gotten in the way of people who are doing fantastic stuff”.

He added: “It does not excuse the bad things that go on in our sector” but “that actually for all the things that have gone wrong in our sector there is an inordinate amount of good that we do that no one else does.”

"Volunteering and sexual harassment, this is one of the things that is keeping me awake at night”, he said. “I think what members want and actually what's the right thing to do, it's a Venn diagram … I do not have a perfect answer,” he said.

“If this was ten years ago and we were having this conversation, it would have been a managerial conversation” it is now “not just about what works anymore, it is much more about what people think is right and wrong, about what are values are,” Wilding added.

On diversity: ‘We have got to give up a bit of power’

Wilding said NCVO's biggest “asset” was its members, and that there is “a moral imperative upon us to collaborate together” and that “we have got to give up a bit of power”.

“If you look at the stats that NCVO has just produced on diversity and inclusion in volunteering, they are embarrassing. There is a massive opportunity that we are missing now in terms of a generation of people who want to get involved and we are ignoring them because they do not look like we do.

“There is a desperate urgency for us to do something about diversity and inclusion,” he said.

In the sector “we do not represent the community that we live amongst and if we do not do something about that we are going to be irrelevant. I am absolutely convinced that people still want to get involved and they will do things about the causes that they care about but they are going to find other ways of doing it” if the sector does not change, Wilding told the audience. 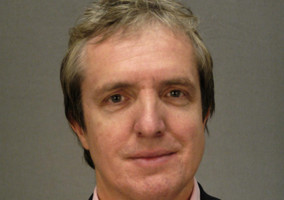 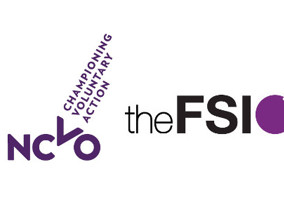