NCVO has predicted a challenging year ahead for charities, which are likely to see increased demand for their services, while at the same time face ongoing pressures on funding sources and greater scrutiny.

But it also said there are reasons to be optimistic, and that relative political stability means there could be more space for charities to influence policymakers.

The representative body published its annual The Road Ahead briefing for the charity sector this morning. In a break with previous years, the publication is free to view on NCVO’s website.

There is “more certainty than we have had for a while”, the report says, but adds: “The year has started at the height of unsettling global events, and we are facing a number of global political, economic and human relief challenges. All of these will increase the need for the support that so many charities provide to people and communities, both in our country and abroad.”

It highlights the need for charities to adapt to the new political environment, ongoing funding pressures, and suggests the sector looks to movements like Extinction Rebellion as a model for encouraging new volunteers.

Last year’s general election, which delivered a clear majority for the Conservative Party led by Boris Johnson, should end the political paralysis of previous years.

This means there may be more opportunity for charities to get their issues onto the agenda and also make sure politicians stick to their promises.

Sarah Vibert, director of public policy and volunteering at NCVO, said: “While we must not underestimate the continued challenges Brexit and the economy will pose for charities over the next 12 months, I am tentatively hopeful we will see the beginnings of a different operating environment this year.

“The government is keen to move on from Brexit monopolising public debate and this gives the sector an opportunity to push other issues higher up the agenda.  We also need to hold the government to account for the spending promises of the election and push for this to translate to more money at community level.

“Charities have a crucial role to play in reducing social isolation, providing places for people to come together, and hosting causes around which to unite. NCVO will work with the new government to ensure our sector is central to shaping the country’s future.”

The Road Ahead reports that productivity is flatlining and household incomes are under pressure, which has implications for donations.

NCVO describes austerity as “paused, not reversed”, with the future of local government finances a particular source of concern ahead of this year's Spending Review.

It also urges the sector to consider how it fundraises, and warns that there are signs that philanthropic giving is also facing more scrutiny than in in the past.

NCVO also said charities should acknowledge that the UK has an ageing population, with significant local variation, and consider how this affects their organisation and those they support.

The report says that there is “evidence suggesting that many aspects of attitudes and identity in the UK are converging rather than diverging”, such as on gender equality, same-sex relationships and tackling the environmental crisis.

“While it’s important to acknowledge that polarisation around Brexit identities has in some cases had a negative impact on people’s relationships and social interactions, and may continue to do so in the future, what unites people shouldn’t be overlooked. This seems particularly important for charities that work on issues where there can be convergence around shared values and purpose,” the report says.

It goes on to encourage charities to consider diversity and inclusion within their organisations in order to “ensure they are representative of the communities they support”.

NCVO highlights that concern about the environment is “at its highest level since 2010”, so charities should expect to face more pressure “to demonstrate that they are reducing their environmental footprint”. 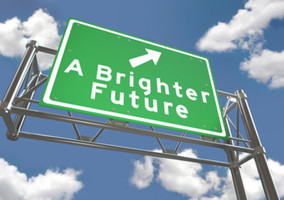 Sarah Vibert: The economy may look bleak, but there are things charities can get excited about this year