NCVO has warned that 2018 looks set to be another turbulent year for the sector, in its annual The Road Ahead report.

The infrastructure body highlighted, Brexit, ongoing economic challenges and issues around adopting new technologies as things for the sector to look out for.

Writing in the overview of the report, Elizabeth Chamberlain, head of policy and public services, said: “The last few years have been a bit of a bumpy ride for anyone in the business of making predictions, especially in the political and economic spheres.

“The year ahead is likely to be just as turbulent.”

But Chamberlain concluded: “Charities provide the social infrastructure that will be an important part in helping face up to the country’s biggest trials ahead, and while we can be strengthened by technology, it can’t replace what we do.

“So, despite the challenges, this year could present many opportunities for charities and voluntary organisations, and for the individuals who volunteer with them.”

The report said that Brexit means it will be a “difficult planning environment for the voluntary sector, especially in the long-term”.

But it said there is an opportunity for charities, with their links to the public, to engage with politicians.

“There will also be value in demonstrating the sector’s vital role in bringing about Theresa May’s stated goals on social justice," the report said.

It also said that charities which receive money from the European Social Fund should “start highlighting the value of their work to local politicians and elected officials ready for when the government consults on how to design the UK Shared Prosperity Fund later this year”.

NCVO said charities should be aware that: “Low wage growth combined with inflation running at a five-year high means household income for the beneficiaries of many charities will continue to be squeezed.”

It also said that pressure on public spending would continue to be an issue.

“In particular, charities delivering services that local authorities are not obliged to fund, such as youth services and environmental conservation, should prepare for further reductions in spending on the support they provide over the coming year.”

NCVO said that charities have an important role to play in areas such as providing services to reduce social isolation.

“The main challenge however, is one of scale,” the report said.

It also urged charities to think how to involve volunteers in ways that “are more flexible and that people can easily dip in and out of”.

Struggles to make the best use of data

NCVO said that there are “increasing opportunities for the voluntary sector” to make use of open data, but that  the sector “as a whole struggles to make the best use of data”.

This is because data is “inconsistent or fragmented” and there are a lack of skills in charities.

NCVO also said charities should be aware of the increasing use of artificial intelligence and be prepared to contribute to ethical debates on the subject.

“While voluntary organisations should be excited about the opportunities that AI and data-driven technologies hold, they should also challenge developments that go against their values,” the report said. 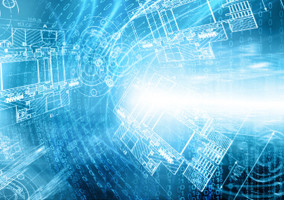 Rhodri Davies: It is more vital than ever that charities get to grips with AI