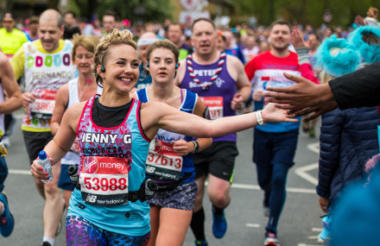 The London Marathon, which took place yesterday, has raised over £1bn for various charities since it started in 1981.

So far £3m has been raised for Dementia Revolution, the official charity campaign of the 2019 London Marathon.

Jeremy Hughes, chief executive officer at Alzheimer’s Society, said: "It was incredible to see so many people take to the streets of London for our once-in-a-lifetime campaign – from the runners, to the people cheering them on.

"While the Dementia Revolution will now come to an end, it will have a lasting impact on everyone affected by dementia.”

The public ballot online entry system for next year’s London Marathon opened on the day of the race yesterday and it will take place on Sunday 26 April 2020.

Over £40m raised through online platforms

Jo Barnett, executive eirector at Virgin Money Giving, said: “For the past ten years we’ve been breaking fundraising records. I am absolutely delighted that Virgin Money Giving and the Virgin Money London Marathon have done it once again. More fundraisers than ever have used Virgin Money Giving to support their charities this year and for the first time their supporters have been able to track them and give directly through the Marathon’s official app as well as the usual channels.”

While some £20m has been raised through JustGiving this year, bringing its cumulative total to £300m at  over 19 years.

Some14,000 runners used JustGiving this year and 24 million JustGiving users have contributed to the £300m total.

Keith Williams, general manager and head of UK at JustGiving said: “Congratulations to all of the inspiring runners, donors, charities and supporters who helped raise millions on JustGiving and make this year’s London Marathon such a brilliant success.”

“We are proud to say that JustGiving has now helped 200,000 London Marathon participants raise £300 million over the last 19 years, putting world-class digital technology to work and support the efforts of every runner taking on the ultimate physical challenge.” 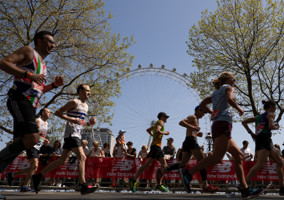 London Marathon donations up 20 per cent to world record £64m 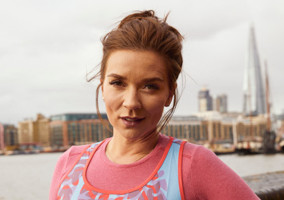