Kids Company’s trustees and chief executive have been cleared of running an unsustainable business by the High Court.

The Official Receiver was appointed to wind up the charity in 2015. Two years later said it would bring disqualification proceedings against the trustees and chief executive, accusing them of running an unsustainable business model.

Kids Company had lived a hand-to-mouth existence for years. In 2015 it came under intense media scrutiny before collapsing in the summer, in the wake of safeguarding allegations. It had just received a £3m restructuring grant from the government, but failed to secure match-funding from philanthropists.

The case was heard at the end of last year and the judgment was handed down this afternoon by Justice Falk. The full judgment and a summary have been published online.

The Official Receiver had argued that trustees as directors, and its chief executive as a de-facto director should have been disqualified on the grounds that they were running an “unsustainable business model”, in particular over the period September 2013 until closure in August 2015.

However, the court ruled that although parts of Kids Company’s business were “high risk” and recognised that it had cash flow struggles, it was not “unsustainable in principle”.

“Kids Company grew substantially between 2012 and 2014,” Falk added, “both through replication of its London operations elsewhere, particularly in Bristol, and in response to increasing need. The level of government grant income during that period was largely stable, so the growth was funded by increased private donations.”

Falk said that the discussions with government meant that it was reasonable for directors to believe they could continue.

“As at 30 November 2014, the second of the dates relied on by the Official Receiver, the directors reasonably believed that additional funding could be obtained from the government,” she said.

She said that the charity’s restructuring plan, put together over the course of 2015, could have worked if allegations of sexual abuse had not been “publicised” the same day that it received a £3m grant from the government to assist the restructure. The police later exonerated the charity.

“If it had not been for the unfounded allegations, it is more likely than not that the restructuring would have succeeded and the charity would have survived,” she said.

Finally, Falk said that the decision had taken account of Kids Company’s charity status and “the importance of ensuring that able and experienced individuals with the range of skills required by charities are not deterred from becoming charity trustees”.

The judgment also concludes that Camila Batmanghelidjh, chief executive and founder of Kids Company, was not a de facto director.

In a statement the former trustees, Alan Yentob, Richard Handover, Francesca Robinson, Jane Tyler, Andrew Webster, Erica Bolton, Vincent O’Brien, said: “As the former trustees of Kids Company, we welcome Mrs Justice Falk’s judgment in the High Court clearing us of the charge by the Official Receiver that, in our management of Kids Company, we were unfit to be company directors, concluding that she was ‘wholly satisfied’ that the disqualification was unproven and unwarranted.”

They added: “We are pleased that finally the facts have been gathered and assessed in a court of law, and that Mrs Justice Falk has exonerated both the former trustees and Kids Company CEO, Camila Batmanghelidjh.”

Bates Wells, the law firm that represented the trustees, said: “We are delighted with the total vindication of our clients by this judgment. The court has rightly found that they acted responsibly and would be a credit to the board of any charity. They are 'highly impressive and dedicated individuals' whose good work has been recognised and reputations preserved.”

The law firm criticised the Official Receiver and said: “It is shocking that a case with profound implications for the charity sector should have been brought on such flimsy grounds, wasting millions of pounds of taxpayers’ money and causing years of unnecessary anguish to the defendants. Dedicated service by charity trustees must never again be repaid by such gross injustice.

“We hope that this victory will ease anxiety in the charity sector and that good people will not be deterred from serving as charity trustees.”

A spokesperson for the Insolvency Service said: “Whenever our evidential and public interest tests are met, we will always endeavour to bring disqualification matters before a court. We will consider the contents of the judgment before deciding whether to appeal.”

Kids Company has already been the subject of a parliamentary inquiry. The Public Administration and Constitutional Affairs Committee blamed trustees, ministers and the Charity Commission for an “extraordinary catalogue of failures”. In response the government committed to greater scrutiny before awarding grants to charities.

The Charity Commission opened a statutory inquiry into what happened at the charity in 2015. However, it has been unable to share its findings because the work of the Insolvency Service takes precedence. 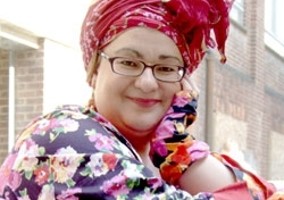