John Glen expected to be next minister for civil society 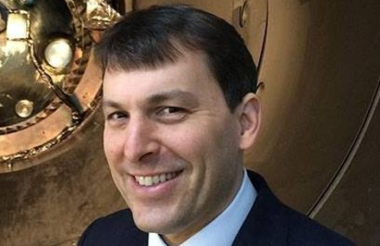 Editor's note: The Department for Culture, Media and Sport confirmed yesterday to Civil Society News that John Glen would be the new minister for civil society. This confirmation was later retracted. Tracey Crouch, the minister for sport, has now said she will also take on the civil society brief.

John Glen, the Conservative MP for Salisbury, is expected to be confirmed as the next minister for civil society.

Glen has joined the Department for Culture, Media and Sport as a junior minister, but contrary to earlier reports, he has not yet been formally confirmed in the civil society brief.

The previous minister for civil society, Rob Wilson, lost his seat at the election.

'Charities need to be embedded in civil society'

In 2014 Glen contributed an article to the Blue Book of the Voluntary Sector, published by Acevo and the Charities Aid Foundation, in which he praised donation-based models, called for contracting reform, and spoke for a need to cuts in red tape.

In the article, titled Charity and the problem of stability, he said: “A Conservative vision of society has always involved a large, flourishing civil society and voluntary sector, with a reduced need for relying on the state.”

He argued that arguments from the left of politics that giving is too unstable for charities to be able to provide services that are additional to state provision is a “profoundly depressing critique”.

Glen noted that giving appeared stable during the recession and said: “Many voluntary sector organisations will have greater longevity than many government programmes, which are often subject to major changes in leadership and emphasis, as well as the strictures of public budgeting.”

He said that community activity is “preferable to what can be impersonal and disconnected Whitehall programmes” and called for charities to be embedded within civil society.

On contracts and the voluntary sector he said “contractual provision is to be encouraged” but said reform was needed because “procurement schemes are frequently too inflexible and only accessible to the largest charities”.

He added: “Many large contracts are outside the reach of smaller charities. Government should also split contracts up in order to allow smaller organizations, who may not have the capacity to fulfil large contracts, to win bids and develop closer ties with government.”

He also urged the government to cut red tape.

“It is a Conservative vision of more practical, personal support coming from locally based charities and based on compassion, not on pity or on taxation. It is a vision where the voluntary sector can be relied upon, where organizations become ‘part of the furniture’, always there when we need them. Not just a big society, but a robust society too,” he concluded.

Glen has previously sparked controversy in the sector by refusing to denounce a charity accused of promoting cures for homosexuality.

In 2012 more than 10,000 people signed a petition to calling on him, and 12 others, to cut ties with Christian Action Research and Education (CARE). He had been involved in the charity's internship programme.

At the time Glen said: “CARE did not use this term 'gay cure', they wouldn't use that term nor would my intern, nor would I, so we're not going to be bullied into giving up links with an organisation that does a great deal of good on the basis of a smear campaign.”

However this year he introduced a private members bill, the Merchant Shipping (Homosexual Conduct) Bill to repeal historic provisions which could lead to the dismissal of seafarers on merchang navy vessels who had engage in an act of homosexuality. This was passed into law in April this year.

Glen has been involved in the foodbank movement, and has been praised by the Trussell Trust. He was vice-chair of the All Party Parliamentary Group on hunger and Food Poverty and is a trustee of Feeding Britain.

In an article on Conservative Home about foodbanks last April, Glen said: “Our approach as Conservatives has always emphasised that there is a wealth of expertise in the voluntary sector which can deal more effectively with the underlying pathways to poverty.

“If the progress in the food bank sector has taught us anything, it is that we need to move to a system that focuses on building fences at the top of the cliffs rather than sending ambulances when people fall and responding to an endless succession of crises.”

Feeding Britain was set up in 2015 to implement the recommendations made by the APPG on Hunger. Its president is Most Revd and Rt Hon Justin Welby, Archbishop of Canterbury and the chair is the Labour MP Frank Field. It is registered as a charitable incorporated organisation and has not yet needed to file accounts with the Charity Commission.

He has been an MP since May 2010 and was previously the parliamentary private secretary for the Chancellor of the Exchequer.

In Parliament he has spoken about charities 18 times, mainly in relation to foodbanks and constituency issues. In 2012 he spoke supportively about Cabinet Office plans to support small charities. See all his appearances here.

Between 2012 and 2015 he was parliamentary private secretary to Eric Pickles at the Department for Communities and Local Government. It was during this time that DCLG piloted including an anti-advocacy clause in government contracts.

Charities objected to this clause, warning it impinged on their ability to speak out. It has since been watered down the recent Grant Standards announced at the end of last year.