#givingtuesday is top trend on Twitter in the UK

#givingtuesday 2017 has launched today and the hashtag spent the morning as the top trend on Twitter in the United Kingdom.

The Charities Aid Foundation, which bought #givingtuesday to the UK in 2014, said today was the day for people to “give back and support the charities and causes you love”. This year, nearly 2,000 charities and business have signed up for #givingtuesday, some 500 more than did so in 2016.

CAF has today been running a #givingtuesday session in Westminster where many politicians, including Tracey Crouch, minister for civil society, have shown their support.

A number of celebrities including Bill Gates have been tweeting using the hashtag, while Martin Lewis, founder of Money Saving Expert, raised £500 for Citizens Advice in one hour, after pledging to donate 25p for every retweet he received for his #givingtuesday tweet.

To combat the commercialism of Black Friday, today is #GivingTuesday a time to give money or time to a good cause. Why not join in?

To get in the spirit I will donate 25p to @CitizensAdvice for every RT within the next hour.

Right the 1hr is up. So the total rounded up is £500. Please support #givingtuesday yourself. Lots of nice ideas in the responses to my post (ignore the one cynical troll) https://t.co/GnEUIVz2W9

A number of national charities and international corporate partners have signed up to take part in this year’s event, including Macmillan Cancer Support, Cancer Research UK, Sainsburys, Mastercard and House of Fraser.

#givingtuesday last year raised over £38m for good causes around the world, and online donations to the event in UK raised £6,000 a minute.

On its dedicated #givingtuesday page on its website, CAF has listed “25 ways to get involved” in the day’s events. 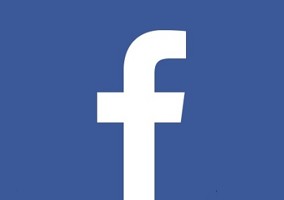 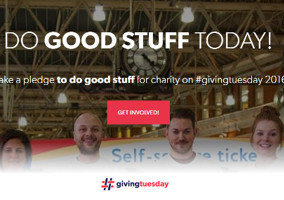