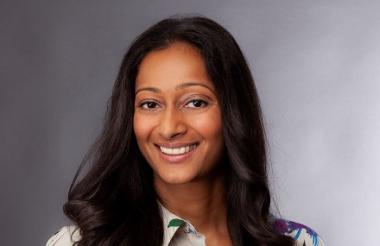 She was selected by a panel of CIoF trustees, and her term will run for around six months until a new permanent chief executive is recruited. That recruitment process will begin next month.

She will begin her role on 10 May and work with current chief executive Peter Lewis on a two-week handover, before he leaves.

Founder of The Charity CEO Podcast

Most recently, O’Connor was chief executive of Children with Cancer UK, and she is a trustee and chair of the development board at Book Aid International.

She has held various strategy, business development and leadership roles in organisations including Lloyds Bank and GE Capital.

In August 2020 she launched The Charity CEO Podcast and has produced 16 episodes so far.

O’Connor said she is delighted to take on the leadership role “at this pivotal moment”.

She added: “I am tremendously impressed by the dedication and commitment to excellence in fundraising, demonstrated by everyone I’ve met. I look forward to engaging with the team, the membership and the wider community to help deliver some key priorities for the organisation in the coming months.”

Important time for the CIoF

O’Connor will provide leadership on delivering the CIoF’s Action Plan on safeguarding and culture. Under her leadership the CIoF will also be working with members to rebuild fundraising following the pandemic.

Claire Rowney, chair of the CIoF, said: “I am thrilled that Dhivya will be joining us and offer her a warm welcome to the Chartered Institute of Fundraising. We are very much looking forward to having her inspiring leadership and insight as a charity chief executive and I am particularly pleased she is a passionate former fundraiser. Dhivya joins us at an important time for the Institute, and the board and staff team are very much looking forward to working with her.”

Earlier this year the CIoF was criticised for its handling of sexual harassment allegations. It has since said it is “truly sorry” after its first statement about investigations into sexual harassment caused “confusion and distress”.

At the end of March it set out changes it expects to make to its complaints and disciplinary procedures over the coming months. 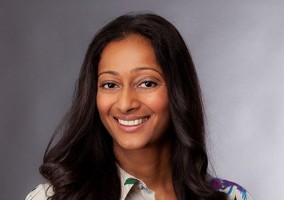 ‘There are not enough female charity CEOs’, says Children with Cancer UK boss

Dhivya O’Connor talks to Rob Preston about being upfront with donors and her plan to grow Children with Cancer UK’s charitable income to £20m by 2020. 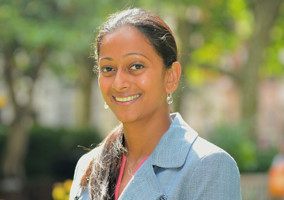 Dhivya O'Connor: 'We aim to grow our net charitable activities income to £20m by 2020'

Since joining Children with Cancer UK last year, Dhivya O’connor has risen from head of philanthropy to chief executive. She talks to Hugh Radojev about her meteoric rise.