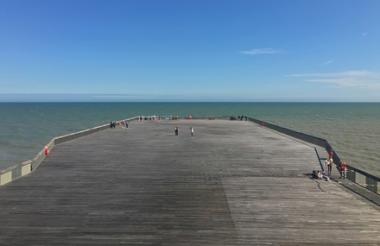 Hastings Pier Charity has gone into administration less than a month after the pier won the Royal Institute of British Architects (RIBA) Stirling Prize.

In an announcement on its website the charity said that it had been unable to agree a new three-year business plan with the Heritage Lottery Fund, Hastings Borough Council and East Sussex County Council.

Hastings Pier Charity was set up in 2011 to restore and run the pier after it was closed in 2008 following a storm. It then suffered a fire in 2010. The pier was reopened in April 2016 and last month won the Royal Institute of British Architects (RIBA) Stirling Prize.

The charity’s website says it receives no government funding and it spends over £800,000 a year to maintain and operate Hastings Pier.

It said it the plan would have meant it could "potentially reach self-funding status within three years" and that it needed an additional £800,000 over this time to build its capacity.

The charity was set up as a community benefit society, an exempt charity, and had raised funding via a community share issue to fund some of the renovation.

"Hastings Pier Charity has always taken the view that it would be wrong to ask community shareholders for more money to fund the on going operating costs of Hastings Pier. The major stakeholders did not feel able to support the new three-year plan," it said.

The pier remains open and "remains fully staffed" as the Heritage Lottery Fund has provided funding for 2018.

Accountancy firm Smith & Williamson announced on Friday that its partners Adam Stephens and Finbarr O’Connell had been appointed as administrators of the charity.

The administrators said in a statement that no employees have been made redundant and they intend “to work with staff, the previous trustees and local stakeholders to guarantee a sustainable future” for the pier.

O’Connell said his firm had been preparing for this situation before being appointed by the charity and was already in discussions with “one party which is seriously interested in the pier”.

He said: “We have already been talking with a number of key stakeholders in the run up to our formal appointment as administrators in this case. We will be continuing to liaise with those key stakeholders and intend to reach out to others.

“We anticipate extensive talks with local stakeholders including Hastings Borough Council and East Sussex County Council as we work towards the long-term sustainable solution for the pier.”

A spokesperson for the administrators said "it is still being decided" whether a potential sale will be for ownership of the charity, or just the pier itself.

The charity had been going through a restructuring process for some time but had failed to produce a sustainable business model.

Stephens said: “The trustees sought professional advice and this advice suggested that administration would better position the charity to restructure itself and move forward to a successful outcome for this heritage asset.”

“We want to acknowledge the fantastic work done by the board of trustees of the charity. Their work has created an amazing bridgehead for us in our search for a new long term sustainable solution for the pier.”

Hastings MP Amber Rudd said she was “very disappointed” to hear that the charity had entered administration.

She said: “Now we need a solution for all parties to work together towards which will provide it with a sustainable future. I will certainly work as hard as I can to make this happen.”

Fundraising and CRM consultancy Purple Vision to go into liquidation 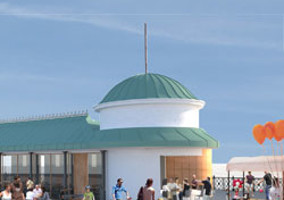