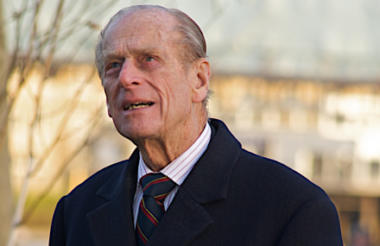 Charities have paid tribute to Prince Philip, the Duke of Edinburgh, who died this morning aged 99.

Prince Philip was involved with hundreds of charities as a patron, president or member, including the British Heart Foundation and World Wildlife Fund, although he took a “step back” from active work in the sector four years ago.

He also founded the Duke of Edinburgh Award, which became a charitable trust in 1959.

“The DofE has played a crucial role in supporting young people to survive and thrive despite the unprecedented challenges of the pandemic, and we will continue to build on his legacy.

“The Duke was a lifelong advocate for young people, believing in each individual’s potential and creating in the DofE what he saw as a ‘do-it-yourself growing up kit’.

“We’re honoured to continue HRH’s work, to ensure that all young people – especially those from marginalised groups – can benefit from the better educational outcomes, employment prospects, community ties and better mental health that are associated with doing DofE.”

The charity said it wanted to celebrate his legacy and is inviting alumni, volunteers and anyone else involved with the charity to get in touch and share their memories via its website.

Prince Philip was a patron of Muscular Dystrophy UK for more than 50 years.

Catherine Woodhead, the charity’s chief executive, said: “We are deeply saddened to learn of the death of His Royal Highness, Prince Philip.

“His dedicated patronage for so many years has been a precious asset in the fight against muscle-wasting conditions.

“Prince Philip had the kindness and foresight to lend his backing to a charity focused on what were then little known, poorly understood conditions. The Duke’s backing remained an immense encouragement throughout his patronage, most recently hosting an event in 2016 at St James’s Palace.

“Through the decades, Prince Philip has helped to raise awareness and promote understanding of this vitally important cause.

“He met with a great many people and families who were encouraged by his understanding of their condition – not only the physical challenges they faced, but the emotional challenges for them and their families too. He was also aware of the barriers that needed to be overcome to enable them to live well with muscular dystrophy. These moments and memories of his wholehearted support will be cherished for many years to come.”

Its chief executive Rose Calwell said: “Over the years, His Royal Highness has been incredibly supportive of the work we do with young people both here in the UK and across the world.

“As a global children’s charity striving to give every child the same chance in life, his support has been hugely appreciated.

“Our thoughts are with Her Majesty The Queen and the Royal Family at this difficult time.”

“His irreplaceable and invaluable contribution to CAF and our nation will be sorely missed.”

CAF chief executive Neil Heslop added: “We join the many others who have benefited from the Duke of Edinburgh's generosity and support through his patronage in offering our condolences to the Royal Family.”

Dr Charmaine Griffiths, chief executive, said: “We’re deeply saddened by the death of our patron, Prince Philip HRH the Duke of Edinburgh, and offer our condolences to Her Majesty The Queen and the Royal Family.

“Prince Philip offered steadfast support to the BHF for nearly 60 years and was a remarkable advocate for the power of research to save and improve lives from heart and circulatory diseases.

“Prince Philip’s role as our patron was one aspect of a life characterised by support for good causes and devotion to public service. His contribution will forever be remembered.”

The Duke of Edinburgh was a patron of WWF International, the global conservation charity, where he also served as president.

Pavan Sukhdev, the current presdent of the charity, said: “The Duke of Edinburgh has been a tireless champion for the environmental cause and a passionate ambassador for conservation issues around the world for decades.

His Royal Highness helped chart the course of WWF from its very beginning and has truly made enormous contributions to the organization.

“Across more than 50 years, His Royal Highness, Prince Philip’s efforts on behalf of WWF have been inestimable – visiting WWF projects in over fifty countries on five continents, promoting conservation issues at the highest government and corporate levels, and helping with essential fundraising and awareness promotion.

“On behalf of all of us at WWF, I extend my sincere sympathies to Her Majesty the Queen, to the Royal Family and to the family of His Royal Highness, Prince Philip at this very sad time.”

“The Charity Commission offers its sincere condolences to Her Majesty the Queen and the Royal Family at this time.

“His Royal Highness Prince Philip was a proud patron of over 750 charities operating in the UK and across the world, this sad news will be of significance to many people working and volunteering at, or benefiting from, those organisations.

“Prince Philip also notably founded the Duke of Edinburgh Award charity in 1956, benefiting so many young people today and over the years.” 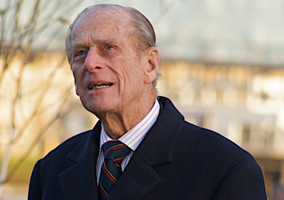 Prince Philip will 'no longer play an active role' with charities 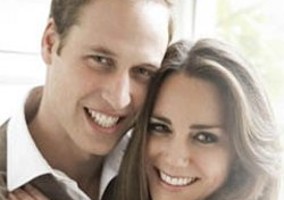 Will and Kate set up charitable gift fund for royal wedding