Breast Cancer Now teamed up with Twitter to launch its first uncensored breast examination on the platform, and so far the video has been seen over 250,000 times.

The live video of a breast examination is part of the charity’s #TouchLookCheck campaign which began during Breast Cancer Awareness Month. At the time of writing, the video has garnered 257,500 views and 5,500 engagements.

The #TouchLookCheck campaign sets out to raise awareness of the importance of checking your breasts and chest regularly. During the video, clinical nurse specialist Addie Mitchell showed viewers how to perform a self-administered breast check, with two women and one man following her instructions.

39% of women in the UK do not check their breasts for potential symptoms of breast cancer, Breast Cancer Now’s latest research has uncovered. 16% did not check because they did feel confident in checking their breasts, or did not know how to.

The live breast-check was made in response to these findings, and Breast Cancer Now hopes it will encourage viewers to check their breasts more regularly.

Give your breasts and chests a #TouchLookCheck this evening! We've teamed up with @TwitterUK to help show how to regularly check yourself for any new or unusual changes. https://t.co/3PVCM0X8m5 https://t.co/hbwade4aG8

Twitter partnered with the charity to ensure the live check remained uncensored and available to watch by anyone.

Twitter also created a bespoke pink ribbon emoji to appear alongside the #TouchLookCheck hashtag to demonstrate their support for the campaign.

Celebrities Geri Horner, Lisa Snowden, Cara de la Hoyde-Massey and Lisa Riley showed their support for the campaign by encouraging their own Twitter followers to check their breasts using the hashtag.

Though the Twitter Live is available to watch on YouTube, it is age-restricted and classified as potentially “inappropriate for some users”.

Katy Minshall, head of UK public policy & philanthropy at Twitter, said: “It’s been fantastic to team up with Breast Cancer Now to launch the first-ever uncensored live breast check on the platform. #TouchLookCheck amplifies such an important health message and we hope it will encourage Tweeters to feel comfortable and confident to check their breasts and chests regularly.”

‘A couple of minutes could make all the difference’

Baroness Delyth Morgan, chief executive of Breast Cancer Now, said: “Checking your breasts or chest takes just a couple of minutes but could make all the difference - two thirds of breast cancers are found by women noticing unusual breast changes and getting them checked by a GP.

Morgan added that: “Making [breast checking] part of your daily routine – such as when you are in the shower – can help you to do it regularly. While most breast changes won’t be cancer, it’s vital to contact your GP if you find anything new or unusual as the sooner breast cancer is found, the more successful treatment is likely to be.” 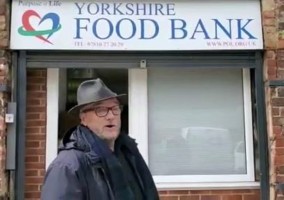 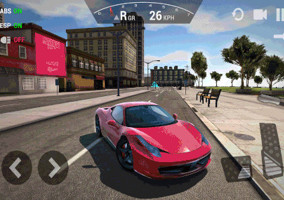 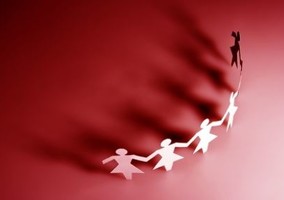