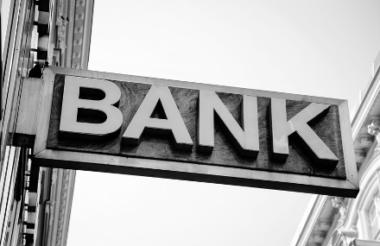 A growing number of charities are struggling to find banking services that meet their needs, a new report has found.

Charities reported that in-person banking services have become increasingly inaccessible and unavailable, forcing some to keep cash at home or use their personal accounts.

Smaller charities in particular reported no longer being able to access their bank branches because of recent closures, while organisations also felt online banking services were unsuitable.

The Civil Society Group, a coalition of charity bodies, surveyed 1,262 voluntary organisations between 31 March and 6 May on the banking challenges they have faced in the last 18 months.

The survey asked respondents to rank the availability of in-person services on a scale of 1 (unavailable) to 4 (very available). The average score was 2.25 (not very available).

Charities that responded to the survey said they can no longer access their bank branches because of closures in recent years, reduced opening hours and fewer staff.

The report said these challenges have “disproportionately” affected smaller charities, especially those located in rural and small towns.

It said: “When bank branches close, this can mean longer travel times to visit the nearest branch. With 81% of respondents being trustees or volunteers, many described taking time out from their job or using their lunch break to visit the bank during its operating hours.

“Getting to a branch can also mean encountering parking and congestion zone charges, limited parking or lack of suitable public transport options – all of which might make a bank visit more expensive and time consuming, with a disproportionate impact on smaller and/or volunteer-led charities.”

Over a third of respondents (38%) confessed having to find “workarounds” to deal with these issues, such as keeping cash at home until there is a sufficient amount for the bank to accept a deposit, removing dual authorisation to be able to access online banking and paying cash into their personal accounts before writing a cheque to the charity’s account.

Lack of understanding around charities’ needs

Another issue highlighted in the report is that banks tend to treat charity accounts as business accounts, meaning that the “complexity of banks’ requirements can be disproportionate to the needs and risks of charities”.

Some 67% of respondents reported issues when changing signatories over the last 18 months.

The report said: “Procedures that manage the risks of issues such as money laundering can make operating a charity account extremely difficult and burdensome, and there seems to be no flexibility within the rules to take into account the difference between the needs of businesses and charities.

“The administration of accounts, particularly opening an account or making changes to the mandate, can be complex, time consuming and held up by repeated delays. In fact, 33% of respondents had difficulty opening a bank account in the last 18 months.”

In addition, 64% of respondents said they would prefer to do online banking but suggested that online services are not suitable for them. They cited reasons including the inability to have dual signatories, lack of support from the bank and poor customer service.

Civil Society Group said the challenges identified in the report can be overcome through collaboration between the government and the charity and banking sectors.

It wrote in the report: “We appreciate that the banking sector has faced a convergence of regulatory and business pressures in recent years. For example, tighter anti-money laundering and anti-fraud regulations have accompanied increasing competition from new entrants to the market, especially digital banks, and pressure on revenue from persistently low interest rates.

“These trends were present long before 2020, but the Covid-19 pandemic and its ongoing impact on the economy will doubtless have exacerbated and accelerated them. These trends are sure to have contributed to the difficulties with banking that charities are currently facing.”

It added: “Such complex and overlapping challenges cannot be solved by either the voluntary sector, the banks, or government alone, but must be tackled collectively. Failure to do so will put the proper governance of charitable money and delivery of charity services at serious risk. As well as being of concern to charities, voluntary groups and community organisations, this is a situation that concerns the sector as a whole and will be of interest to the Charity Commission, as the sector’s regulator.” 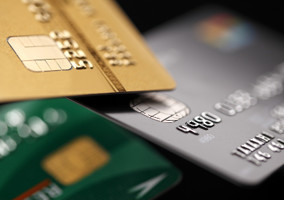 Sector Focus: Transferring funds outside of the formal banking system

Banking 2022 Survey: Credit where credit's due 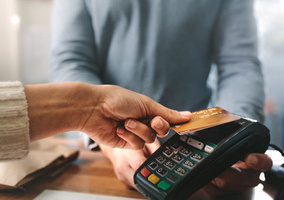