Sector Focus: Transferring funds outside of the formal banking system 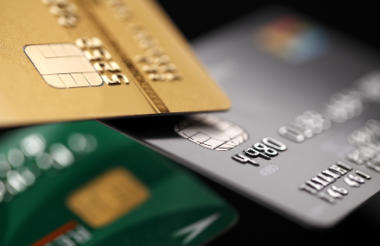 I have seen an increasing number of clients raising questions about making overseas payments. Recently, this has been driven by a number of particularly challenging situations which have meant that utilising the formal banking system is either difficult or impossible. Often, decisions need to be made at short notice in the context of very challenging operating environments. Such challenging environments can necessitate charities to look at the viability of transferring cash away from the formal banking system.

When a charity is considering utilising methods outside of the formal banking system, it is necessary to step back and consider the potential risks of the arrangement. Charity trustees have a legal duty to protect charity funds and to ensure that those funds are utilised effectively. Using cash transfer methods outside of the formal banking system will often put charity funds at an increased risk.

A key consideration for trustees is whether the proposed arrangement puts charitable funds or charity staff and volunteers at undue risk. The level of risk will vary significantly depending on the proposed arrangements. For example, it would usually be expected that an established money transfer business, which is registered and regulated in the UK, would be significantly lower risk than the use of a courier to physically transfer cash.

There should be a clear due diligence process on any service providers used, and it is important that a record of the checks is maintained. Due diligence checks should include understanding the regulatory status of the service provider and whether there are any legal issues with the proposed arrangements.

There are particular challenges when cash is moved outside of the UK. Many countries have legal restrictions in the amount of cash which can be brought into (or out of) the country. Charity Commission guidance strongly recommends that carrying cash is kept to a minimum. Charities should also ensure that they comply with their legal responsibilities such as declaring cash above £10,000 when carrying to destinations outside of the UK.

If cash couriers are used, the Charity Commission suggests that appropriate risk mitigations are put in place. Such mitigations include obtaining specialist insurance and ensuring that the cash courier carries documents evidencing the source and destination of funds and their association with the charity.

It is also important that appropriate financial controls are maintained. Expenditure should be subject to the same financial controls and processes as expenditure made within the formal banking system. There should be a proper record and audit trail of all transactions covering all stages in the chain of the transaction. There should also be appropriate checks to ensure that the funds are received by the intended recipient and, as far as possible, future transfers should be avoided until it can be confirmed that a previous transfer has been safely received.

Where these areas are relevant, I would strongly urge reviewing chapter four of the Compliance Toolkit issued by the Charity Commission. This contains helpful guidance, including a risk management checklist for using intermediaries, and a financial controls checklist. Use of these tools are one way in which trustees can demonstrate that they have taken appropriate steps to safeguard charity funds. If you are in any doubt as to the adequacy of the steps taken, I would strongly recommend taking appropriate professional advice or contacting the Charity Commission proactively.

Steve Harper is partner and head of international charities at haysmacintyre 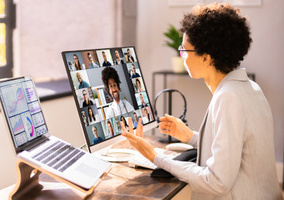 The financial impact of coronavirus on the charity sector