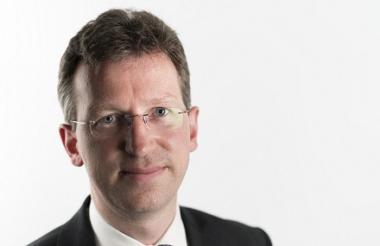 A charity which is 90 years old, has £475m in assets, and has never spent a penny on its charitable objects, has now been trying unsuccessfully to close for almost a decade.

The National Fund was set up in 1928 to pay of the UK national debt, with an anonymous donation of £500,000. Its objects say it should continue to invest in the stock market until it has acquired enough cash to pay off the entire debt.

The charity’s sole corporate trustee has now recognised that this is unlikely, and has said it approached the Charity Commission nine years ago seeking permission to close and give its money away.

The Commission says that for this to happen, the Attorney General’s Office must make a decision. A referral was made to the AGO in 2011, and the charity and the regulator say they are still waiting for the AGO to take action.

Unless something changes the fund will continue to spend nothing on any charitable activity, although it does spend money on fees for accountants, bankers and investment managers. It spent around £1.1m last year, and £3.6m in the past five years.

The national debt currently stands at £1.8 trillion – almost 4,000 times the size of the charity – and increases each day by around £400m. So the chances of the fund succeeding in its goal are remote.

In charity terms, however, the National Fund is comparatively large. If it became a grant-giver, it would likely be one of the 20 wealthiest charitable funders in the UK.

While the Charity Commission previously favoured a change in the rules to allow the charity to become a grant giver, this is not currently the preferred option. The most likely scenario if the charity was to close is that the money would be given to the National Debt Commissioners, a government body.

The Charity Commission has said the future of the charity is “of serious concern” to the regulator, and that it is trying to ensure that the charity’s assets are put to good use. It said it referred the fund to the Attorney General’s Office in 2011 for a decision, but that this decision has still not been made.

In 2012 the Attorney General’s Office indicated it would seek a High Court ruling allowing the National Fund’s assets to be transferred to the National Debt Commissioners, although a spokesman said at that time that the office was “still considering a number of issues” before the application could go ahead.

In 2018, the decision still rests with the AGO, but the application has still not taken place.

A spokeswoman said: “We are working with the Charity Commission and the Fund’s trustees to help resolve this legally complicated matter. We will provide an update in due course.”

The National Fund’s most recent accounts were filed last month, and show the fund has a single corporate trustee, Zedra Fiduciary Services, formerly Barclays Fiduciary Services, which paid itself £355,000 last year to manage the fund. The charity paid a further £589,000 to its investment manager, Baring Asset Management.

Assets under management increased from £422m to £475m.

The charity has said ever since 2009 that it would like to shut down, and its most recent accounts contain a paragraph outlining this, which has remained unchanged for at least the last five years.

“The trustee is in dialogue with the Charity Commission and Office of the Attorney General regarding the future of The National Fund,” the accounts say. “At this stage it is felt that the most likely outcome will be that the Fund will be liquidated and payment made to the National Debt Commissioners although the timeframe for this is not known. If this occurs then the Fund will be de-registered as a charity and will cease to exist.” 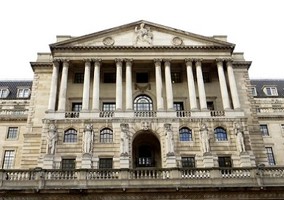 Charity with £422m assets spends more on management fees than cause