January’s launch of Easy News has helped to level the playing field for people with learning disabilities, says Su Sayer. 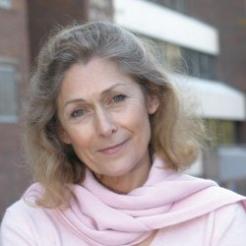 January’s launch of Easy News has helped to level the playing field for people with learning disabilities, says Su Sayer.

In January of this year United Response was proud to launch the first-ever newspaper created for people with learning disabilities – Easy News. The launch took place at a House of Commons event attended by MPs and ministers from all the main political parties. Easy News really struck a chord; not only was it created in a format designed to be accessible to people with learning disabilities, but it was also written and edited by them. We have always strived to include the people we support at the very heart of our work, so this was a fitting way to kick off our 40th anniversary year.

It was also a sign of progress. When I founded United Response in 1973, people with learning disabilities had few opportunities to get involved in anything, even in the running of their own lives. Most lived in long-term institutions, excluded from society, with very little to do and few rights. We focused most of our efforts in subsequent decades on giving the people we support more opportunities and increasing their ability to choose how they live. The great majority of people with learning disabilities now live in their own homes, decide how they spend their time and get opportunities to contribute to their local communities – and that’s great news.

We found that one of the major barriers was the complexity of information about voting and politics, and began creating accessible guides to voting for people we support in the run up to the last general election. In addition we worked with the political parties on ‘easy read’ manifestos, using simple language and visual cues. As a result of such initiatives, nearly a third of people with learning disabilities voted in 2010, almost double the number of voters in the previous election.

However, although voting in general elections is important, it is most meaningful when based on an ongoing knowledge of what is happening in the world and how political parties have performed. Yet we knew from talking to people we support that many found the way the news is traditionally presented to be very complex and difficult to grasp. Indeed, when we conducted research to find out more, we found that only four out of ten people we supported were sure that they could name a major recent event in the news and only 11 per cent regularly read a newspaper. Instead they relied on other people, such as family members or support staff, to update them about the news.

We felt that something could and should be done to close this information gap. Based on our findings, in 2012 we began to work with people we support on a solution: the creation of Easy News. This is the first ever ‘easy read’ newspaper for people with learning disabilities, using simple language and visual cues to keep people informed about political events and current affairs. The first edition was a round-up of major news stories from 2012, while future editions will appear every two months and will include more topical news stories.

Given that the success of Easy News depends on it being read and understood by people with learning disabilities, we knew they had to be fully involved in the newspaper from start to finish. We conducted extensive research among over 100 people we support about what topics should be covered by the newspaper, and then employed a specialist team of people with learning disabilities who are experts in easy read – United Response Consultants – to select and translate the biggest news stories of the time. While we provided suggestions on what stories could be considered for the newspaper they had the final decision on which stories should be included and what they considered to be the most important facts to report.

The result of this collaboration was the very successful first edition of Easy News. Not only was its House of Commons launch attended by many politicians from across the political spectrum, but it was greeted with positive coverage across the media, from national newspapers to specialist disability magazines. Perhaps most importantly, people with learning disabilities and their families were incredibly enthusiastic. As one mother wrote to us:

“My 32-year-old son has mild learning disabilities and autism. He enjoyed the first copy of Easy News and was particularly interested in the article about the Bristol care home scandal. This promoted a bit of a discussion which is rare occurrence as he is not very talkative and often gets stuck on themes.”

Of course, involving people we support in our work is an ongoing process. Since the first edition was published, we have received extensive feedback on how Easy News can be improved. Future editions will therefore feature more international stories and a more visually striking front cover to make it look more like a newspaper than a brochure. We fully expect that the newspaper will continue to evolve in line with the recommendations of the people who read it.

In this, it is much like the rest of our work, which also improves as we listen to the views of the people we support. We hope that Easy News will be one more way in which we can create a more level playing field for people we support, so that they are full and equal participants in our society. It’s an objective which can only be achieved with their involvement.

Perfected for charity leaders, the Chief Executive Package ensures that you and your leadership team have everything you need to gain a 360-degree view of the charity sector. Subscribe today to receive regular copies of Charity Finance, Governance & Leadership and Fundraising Magazine, and full access to all the articles on civilsociety.co.uk.

Published 10 times a year, Charity Finance is packed with practical articles and analysis of the latest financial trends, as well as in-depth briefings on technical and legal changes, and benchmarking surveys to help busy finance teams get value for money. With a 25-year history, Charity Finance is the leading finance publication for the sector. Scroll down to find sample copies, benefits and choose the plan that best suits you and your organisation.

Fundraising Magazine is a practical and inspiring magazine that provides fundraising professionals with the tools to unlock new revenue streams, yield better results from campaigns and boost donor income. Subscribe today to receive 10 issues per year and access to premium fundraising content on civilsociety.co.uk. Price discounted when you pay by direct debit.

Governance & Leadership covers all the major issues relevant to the roles of charity trustees and executive leaders, presenting topics from both perspectives. Subscribe today to receive six issues a year, discounts on training courses, and access to premium governance content on civilsociety.co.uk. Charity subscriptions include five copies of each issue to distribute to your board.