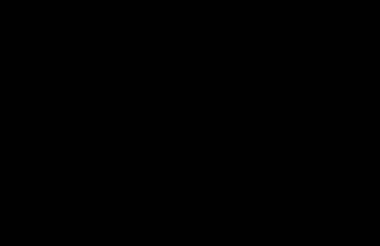 Following anti-racism protests at the weekend, which were sparked by the death of George Floyd in the US, people used social media to share messages of solidarity and support, as well as to call for action.

On their website they said: “It is a day to take a beat for an honest, reflective and productive conversation about what actions we need to collectively take to support the black community.”

Other industries, charities and funders soon joined the movement to show solidarity and direct their followers to anti-racism resources and organisations using both the #BlackOutTuesday and #theshowmustbepaused hastags.

#CharitySoWhite, which has been campaigning to make charities face up to structural racism and privilege, said on Twitter: “The racism that murdered #GeorgeFloyd is not an issue isolated to America or one that is only perpetuated by the police service. The public bodies that run the UK are institutionally racist and have neglected and ignored black communities for far too long.

“Charity sector - you must hold state accountable on police brutality and racism. You must stand up to the racist power dynamics that riddle our work. Step up, we are tired!”

What some UK charities said

Sense: “It’s only when we have successfully dismantled structural inequalities related to race, gender, class and disability, that we will live in a truly free and inclusive society.”

Sense and Sense International stand for inclusion. We stand against racism.

It’s only when we have successfully dismantled structural inequalities related to race, gender, class and disability, that we will live in a truly free and inclusive society.#blackouttuesday pic.twitter.com/tPJZo0mMeM

Comic Relief: “Comic Relief was founded on the principle of ending injustice. Racial justice is a global issue. We stand with the black community, including our black colleagues, project partners, supporters, and friends.”

(8/8) On Tuesday 2nd June 2020, we will be observing a 24 hour media blackout to stand in solidarity with the black community during this time. #BlackLivesMatter #TheShowMustBePaused
 

Arts Council England: “We’re committed to investing in a sector that is inclusive, anti-racist and free of prejudice and intolerance. Black Lives Matter.”

#BlackoutTuesday. In the words of author Angela Davis ‘it is not enough to be non-racist, we must be anti-racist’. We’re committed to investing in a sector that is inclusive, anti-racist and free of prejudice and intolerance. Black Lives Matter. pic.twitter.com/3a2h35zQqj

Shelter: “We know we need to work harder, and do more to stamp our racial prejudice and the systems which fuel it.”

Here are some UK resources for followers who want to do more to become actively anti-racist.

Scouts: “We must always reflect on how we live up to those values”

In a statement on the Scouts' website, Matt Hyde, chief executive, said: “As Scouts we stand together against racism, which is why we support Black Lives Matter. This is a global human rights network that brings justice, healing, and freedom to black people across the globe.

“Inclusion and acceptance are at the heart of what we do as Scouts. But we must always reflect on how we live up to those values and strive to do better.”

Action on Hearing Loss: “We know we have a lot of work to do.”

In solidarity with our black colleagues, volunteers and community, we paused on #BlackoutTuesday to focus on how we can build a more inclusive organisation.

We know we have a lot of work to do.

Anthony Nolan: “The colour of your skin should not be the reason your life needs saving.”

Mencap: At Mencap, we fight for an equal society for all, but know that we can and will do better.

We support the #BlackOutDay2020 movement and stand with black communities across the world who are working to end inequality and discrimination.

At Mencap, we fight for an equal society for all, but know that we can and will do better. (1/2)

Alzheimer’s Society: “We're asking our followers and friends to take action against racism”

Today we're using our page to shout out to the amazing orgs in the UK that are fighting racism.

Oxfam: “Now is the time to be anti-racist. We stand in full solidarity with the black community. Enough is enough.”

The murder of #GeorgeFloyd by Minneapolis police officers shows how institutionalised racism continues to thrive, even during #COVID19.

Now is the time to be anti-racist. We stand in full solidarity with the Black community. Enough is enough. #BlackLivesMatter #SayTheirName pic.twitter.com/VLVlJqmbL0

Still work to do

The list above is not exhaustive, and it is not representative of the whole charity sector. Indeed, most charities I looked at yesterday continued with their usual planned activity.

Others misinterpreted the aim of the hashtag, and instead of signposting people to anti-racism resources, highlighted their own diversity policy.

Some used the wrong hashtag, despite several explanations on social media from activists to stick to #BlackOutTuesday so that information shared using #BlackLivesMatter does not get obscured. Failing to follow this request is frankly lazy, inconsiderate, and, well, racist.

Nonetheless, a year ago I don’t think we would have seen so many “mainstream” charities joining this conversation, so it’s clear the sector is making progress.

But there is clearly more work still to do, and there remain questions about how quickly some are acting on good intentions.

Elizabeth Balgobin: Why we need to support the call for funding for BAME organisations