Too busy bickering on giving stats to make a difference

Stop the jousting and start pulling together, pleads Rowena Lewis as she reflects on umbrella bodies' responses to the huge drop in individual giving reported yesterday. 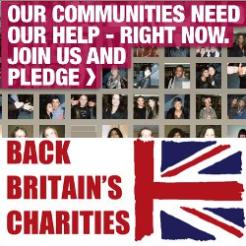 The 'Back Britain's Charities' campaign has been done before, says Rowena Lewis, in the form of the Give More campaign

Stop the jousting and start pulling together, pleads Rowena Lewis as she reflects on umbrella bodies' responses to the huge drop in individual giving reported yesterday.

Yesterday, while skimming sector headlines, my heart sank. Not because of the grim predictions that giving is down 20 per cent but because once again it seems the bodies that represent the voluntary sector can’t agree and are not shy of airing their dirty laundry in the public domain.

So NCVO and CAF launched a new campaign to Back Britain’s Charities off the back of a rather apocalyptic narrative – fewer people are giving and people are giving less! The sentiment is welcome and long overdue.

Throughout the recession and as new austerity measures have been announced various sectors – health, education, women’s sector etc – have ensured that the effect on their stakeholders is very much front of the public mind. Where has the voluntary sector’s voice been throughout?

The charitable services we have all come to rely upon – think of your local advice centre or the youth centre for example – are caught between responding to rising demand whilst funding is on the decline. Too many are going to wall each year. Public consciousness is not switched on to the seismic change to the social infrastructure we’ve come to rely upon. Meanwhile, the sector seems to be too busy squabbling over whether donations are up, down or somewhere in between to represent the squeezed services and those who rely on them.

What kind of message does this send to the generous members of the British public who are supporting our sector? To the people who rely on charitable services being there for them tomorrow? To the people in positions of power? The current government has explicitly and several times over made clear its expectation that the voluntary sector engages in more joined up thinking. And rightly so. Nothing says ‘we’re wasting resources and are motivated by ego-centric leadership’ more than yesterday’s squabbling. Well done for giving our critics another opportunity to point the finger.

But wait, maybe there is one thing that says ‘we’re wasting resources and are motivated by ego-centric leadership’ more than bickering. What about duplication of effort? The biggest disappointment of all from this charade is the fact that Back Britain’s Charities campaign already exists! In the shape of the independently funded Give More campaign which has clocked up just shy of 10,000 pledges from the great British public in its first few months. People across the UK are pledging to give more time, energy and money to the causes that mean the most to them at a time when charities need it most. Many of these are school-children and young people. What will they make of this new sister campaign which seemingly duplicates efforts and undermines their public statements of support for our sector? The ultimate irony of course is that NCVO publicly pledged its support for the Give More campaign.

So please stop the bickering, put egos and differences to one side, and strike up a practical dialogue about how we can pull together to support our sector to survive challenging times and emerge stronger than before. Not to please government but to ensure that the charitable services that millions of people have come to rely on, and that we are responsible for, are still there for them tomorrow.