As the Charity Commission publishes the findings from its statutory inquiry, we look back at key developments in the story. 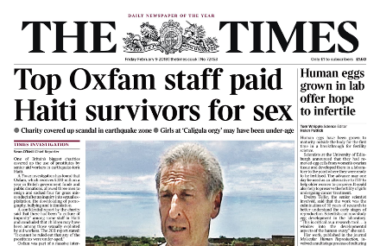 A little over a year ago, Oxfam GB found itself on the front page of the Times over allegations of sexual misconduct among staff working in Haiti. This prompted the Charity Commission to open a statutory inquiry, while Oxfam itself promised major reforms and appointed an independent panel.

In the wake of the scandal, similar stories emerged from other international aid charities, prompting calls for wider reforms.

We look back at the key developments in the Oxfam case here.