The most fang-tastic Halloween fundraisers

With Halloween fast approaching, we have gathered some of the best fundraising ideas from charities to celebrate this spooky season 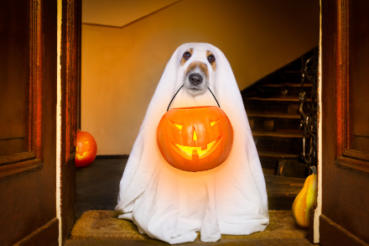 All Dogs Matter, a dog rescue and rehoming charity, is raising money for its cause with a Halloween Dog Walk and Parade.

The charity promises a celebrity panel to judge their fancy-dress parade. Though Civil Society News contacted All Dogs Matter to find out who the celebrity judges are this year, we did not receive a response. Ricky Gervais is one of the charity’s patrons and is pictured attending the Halloween dog walk in 2018.

The judges are looking for the Spookiest Dog, Spookiest Adult and Spookiest Child – so attendees should dress to scare.

Tickets are £5 per adult with children (and dogs) going free. The walk begins at the Spaniards Inn in Hampstead at 10:30pm and finishes at midnight.

Following a hiatus due to the Covid-19 pandemic, the Ultra Challenge Series Halloween Walk is back for 2021. Partnering with over 500 charities, the event’s organiser encourages attendees to sign up for the walk and commit to fundraising for a charity of their choice.

The long list of potential charities includes large and small organisations. For example, those who take part in the challenge can fundraise for a charity like RSPCA or CPAG, to smaller charities like #Willdoes or Chickenshed.

Participants can choose to make their spooky stroll a half or full marathon. The walk takes place on Saturday 30 October with varying start times depending on the distance chosen. The walks all start and finish at the Dungeon in the Oval Cricket Ground. Halloween Walkers are encouraged to wear fancy dress and are taken on a tour of London’s spookiest streets and are rewarded with a “macabre medal”. The Ultra Challenge Series has raised over £30m for UK charities.

Cats Protection are celebrating Halloween with its Pumpkins and puss T-shirt, which is made in a “renewable energy powered factory”. As the name suggests, it is adorned with a cartoon cat and pumpkins.

The charity is also selling a T-shirt called Boo, which features a ghostly cat, so you can “show your love for cats past and present”. Despite that rather morbid sentiment, all proceeds from this merchandise goes directly to funding Cats Protection’s charity work.

These seasonal T-shirts are priced at £19 each and are available on the website.

RSPB’s Halloween treasure trail has returned. With prices starting from £2, adults and children alike can explore their local countryside and uncover the ingredients a wicked witch has left lying in the grass. Attendees use what they have found to make potions and spells, all whilst dressed in spooky attire. All profits go to support RSPB, which focuses on conserving nature.

The full list of dates and locations for RSPB’s Halloween treasure trails are available on its website.

Despite the recent return to in-person events, Cabaret vs. Cancer is keeping it virtual with a haunted house. You can donate to the virtual haunted house on the Visufund page, which will decorate it with your name, message and donation amount.

Not only that, but the charity also hosted a Halloween charity auction on jumblebee last week. There was a plethora of spooky merchandise on offer, from ornaments to horror posters. The auction raised £2,749 for Cabaret vs. Cancer which focuses on supporting the people and families affected by cancer.

Yes, you did read that correctly. One of The Donkey Sanctuary’s supporters has crocheted them three Halloween-themed donkeys to put up for auction.

For the second year running, The Donkey Sanctuary’s virtual prize draw will be raising money for their charity. By donating to its JustGiving page, supporters are in with a chance of winning one of the three donkeys which are named Frank, Fang or Grim.

The Mosaic LGBT+ Young Persons Trust, a non-profit organisation that focuses on supporting young LGBT+ or questioning people, is hosting a Halloween Ball. Exclusively for under 18s, the ball is for those who consider themselves to be part of the LGBT+ community. 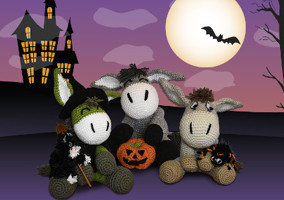 Some of the most spooktastic Halloween activity from charities 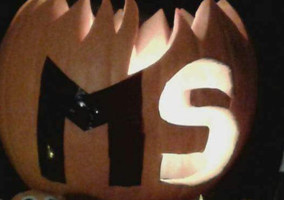