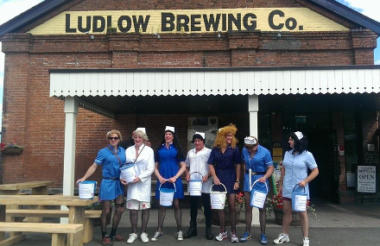 Like the sun which rises in the east and sets inexorably in the west, so too another Friday has arrived and, riding its elegant coat tails, comes yet another edition of Society Diary.

Another week down and, yeah, it’s nearly September. How did that happen? This year has gone by so quickly, it all feels a bit of a blur and Diary can’t help but grow wistful, as the grains of sand slip through the hourglass, about its rapidly diminishing youth. This column remembers, as if it were yesterday, the feeling that the whole world just seemed to be hanging there, like a ripe piece of fruit, waiting to be plucked. Now instead of the sweet juices running down its chin, Diary tastes only ashes in its mouth.

Anyway, this week in the world of charitable sector satire: a couple of crossdressing nurses have got the hump because their donations have been spurned by an NHS Trust and, across the pond in the States, the scouting movement is embroiled in a true battle of the sexes.

To Ludlow, Shropshire first this week and an interesting little story concerning a long-running fundraising event and a local NHS Trust, presumably under new management.

Long story short, the Shropshire Community Health NHS Trust has turned down a £2,500 donation from a group of men who dressed up as female nurses and took to the Ludlow streets with collection buckets, because the trust’s chief executive has said she’s not comfortable with how the event has portrayed its female staff.

The fundraising drive has been held by the Ludlow Hospital League of Friends for over 30 years and has raised the best part of £100,000 for the hospital in that time. Now however, Jan Ditheridge, the chief exec in question, has refused the friends’ latest cash donation on the grounds the event has “highly-sexualised” and demeaned female NHS staff at the hospital.

In a letter to the League of (presumably soon to be ex-) Friends, Ditheridge and Mike Ridley, chair of the trust, said that “the presentation of men dressed as female nurses in a high-sexualised and demeaning way is wrong, very outdated and insulting to the profession”.

Before diving deeper into this as, alas, we must dear reader, it’s worth noting that the Shropshire Community Health NHS Trust is, like the vast majority of NHS Trusts around the UK, not exactly swimming in cash at the moment. So, to turn down £2,500 on principle is a pretty big deal. This column is all for principled stands, on whatever grounds they may be made, and without knowing the complete ins and outs of the situation, is going to – for the most part, anyway – keep its powder dry on this one.

Yet, to suggest these fellas have “highly-sexualised” the nursing profession is… well, just look at some of the pictures from this Telegraph article. It’s a fairly frightening, if not downright grim, assortment of botched lipsticks, fake bosoms and, of course, heavy beards. ‘Six-pinters’ to a man, so to speak.

Peter Corfield, chair of the (disaffected) League of Friends of Ludlow Hospital, has snapped back at Ditheridge, saying the accusations are “absolutely ridiculous” and that the whole thing “is a light-hearted fundraiser which has raised between £2,500 and £6,500 every year”. He also said it was run “with the full knowledge” of the hospital and trust management.

A tidy sum indeed, and a bold accusation. Ditheridge though has stuck to her guns, saying “it isn’t okay to portray healthcare professionals in this way” and claims the trust actually asked the League not to run the event.

Needless to say, the Telegraph has made no effort to actually speak to some female NHS nursing staff working at the hospital. Diary could, probably, pick up the pieces on this but, that would require proper journalism and, frankly, no one is here for that.

Scuffle at the Scouts

"The Girl Scouts of the USA have accused Boy Scouts of America of carrying out a 'covert campaign to recruit girls into programs run by the Boy Scouts' in hopes of appealing to millennial parents." So screams an (admittedly over-long) headline from the good people at that "failing pile of garbage" (as the US president described it), Buzzfeed News in America.

There’s something faintly delicious about this story, particularly the idea that in order to appeal to ‘millennial parents,’ the Boy Scouts are trying to steal girls off of the Girl Scouts (not Guides).

Millennials, they just love a bit of equality don’t they? Everyone should have the right to do everything and damn the name on the tin – in this case ‘Boy’ vs ‘Girl’ Scouts. Diary is of the opinion you could just refer to it, as it almost certainly is in a more wider context, ‘The Scouts’ and avoid this pointless feuding, but, whatever.

Spokespeople from both sides have been lobbing statements out like grenades into the media where, as with all good wars, this particular one is being played out with words. ‘It’s dangerous,’ says a Girl Scouts spokesperson. ‘It’s not,’ says a Boy Scouts person. ‘We’ve not even started yet, we’re just exploring the possibilities’.

This column frankly can’t wait for this to get to Fox News. Imagine the scenes in the American right-wing press. Imagine the stink your boy Sean Hannity would kick up. ‘Letting girls into the boy scouts? If God wanted girls in the boy scouts, he’d have made them with penises! This is the future the Liberal MSM want – a genderless hell broth of free love without gender-specific labels or patriarchal constructs of pre-attributed gender identities’ and, before you know it, Donny T will be standing in front of a giant American flag in some small town in the mid-West, tiny hands furiously gesticulating as he foams and froths at the mouth: ‘Scouts, bad! Girls, sad! Girl-boys, dangerous! Make the scouts gender specific, again! I know the best words, ALL THE WORDS!’

Anyway, it’s hard to imagine Matt Hyde and Julie Bentley, chief executives of the Scouts and Girlguiding respectively, getting into a war of words (or indeed anything else) over something similar in the UK. For one thing, both are far too nice and polite. For another they both have massive waiting lists of people eager to join their organisation so there's really no need for squabbling over potential members. 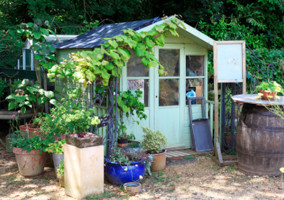 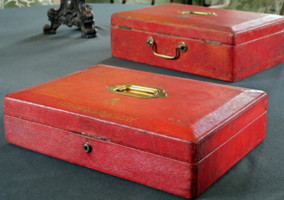 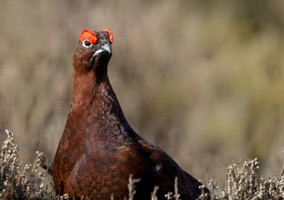