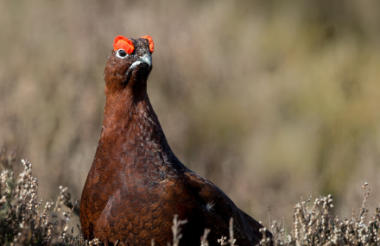 Another week has come and gone and, yeah, this column’s just going to come out and say what you’re all thinking. The national anthem of Britain has been ruined and is bad and, frankly, there’s only one person to blame: Theresa May.

Yes, with parliament off on summer hols, Mrs and Mr Maybot have been tramping around the rolling hills of northern Italy. Fair enough, yet the story that emerged this week about Theresa spontaneously bursting into song after the pianist at the five-star hotel she was staying in kicked out the jams on God Save the Queen is, just, no, okay? Burn the anthem; burn the flag; let the seas roil and heave and swallow this island whole…

Anyway, this week, Ian Botham has Beef(y) with the Beebs, and the Charity Finance Group’s Brexit stance brings out the Trump in Bubb.

Former England cricket captain turned Sky Sports commentator and all-round tweed and camel wearing, Shredded-Wheat-eating, arch-Brexiteer, nouveau riche country-gent of leisure/bird murderer Ian ‘Beefy’ Botham is back in the headlines this week. And, like any good, salt-of-the-earth Leaver with a flat-cap on his head, a shotgun in his hands and a song in his heart, he’s made headlines for attacking the BBC over ‘bias’.

Yes, the BBC. Diary is sure you’ll agree dear reader that this once venerable institution, which used to broadcast nothing but radio plays by Alan Bennett and rolling coverage of the fall of Nazi Germany, has been gradually succumbing to a Marxist cabal of leftist pinkos, peacenicks, hippies and divers ne’er-do-wells for years now.

However, the PC Parade have gone too far this time. They’ve gone after our Beefy! THE GREATEST ALL-ROUNDER TO PLAY THE GAME OF CRICKET (probably…) which we invented, by the way, like everything else that’s good in this world.

As reported in that venerable broadsheet of inscrutable facts, The Telegraph, Botham hit out at the BBC’s “hunting agenda” after he clashed with presenter Rachel Burden on live radio over his plans to feed the poor.

Botham owns an estate, out in the middle of middle-England somewhere, and he was trying to explain to the listeners of 5 Live Breakfast how he could feed thousands (if not millions) of poor people with the pheasants shot on said estate.

Two things here. ONE: Beefy could well be the greatest philanthropist this country has seen since, what, Victorian times? and TWO: Partridge curry? Grim.

Botham continued: “For every one that's bought, we will donate one to the homeless."

Yet, the biased BBC wouldn’t just let him be. "That's where a lot of people have trouble - with shooting as a sport," said Burden.

That’s when Sir ‘Beefy’ – he’s a knight of the realm too, don’t you know – did, if Diary’s being honest, let himself down a bit. Just a bit.

"If you don't look after these things, whether that's a grouse moor, they disintegrate and they die," adding: "If you have a better solution [to poverty] I'd be happy to hear it."

Diary’s no ornithologist, but it has a hard time believing that if Sir Ian and his UKIP mates don’t shoot them with shotguns, the humble grouse moor’s natural lifespan concludes with it swelling up like a poison toad and then disintegrating. Oh he's talking about the land the bird's live on? Yeah, that makes more sense.

"You came with an agenda,” he continued. “What are you doing for those poor two million people?” What indeed.

But it wasn’t just with Burden that Beefy did battle. Oh no, before that particular interview, he also locked horns with Chris Packham and everyone’s mainest man Bill Oddie over, well, yeah the same exact thing.

You may have forgotten the birds, but you better believe that Sir Ian Botham hasn’t.

When the Brexit Bubb-le bursts

In case you’ve maybe been on holiday this week, there’s a few things you need to catch up on. Charity Finance Group published a report calling for a ‘clean’ Brexit (aka a 'hard' Brexit) which they argued posed less risk for charities than your ‘soft’, ‘gentle’ or whatever other themed-Brexit is playing in the headlines at the moment.

Long story short, the report was jumped on by right-wing tabloids and websites, who said the charity sector backed everything involved in a hard Brexit, from leaving the single market and the customs union, to burning Brussels to the ground and hanging the French!

Nobody summed up the fractious mood in the sector better than the Ghost of Christmas-Bubb’s past however. Yes, Sir Stephen ‘formerly chief executive of Acevo’ Bubb took to Twitter to decry CFG and, in doing so, did a more than passingly good impression of The Donald.

"@CivilSocietyUK: .@CFGtweets says 'clean' Brexit poses less risk than other options and has a six-point plan for government.
BIN THIS!

The idea that a clean Brexit poses the least threat to charities as claimed by CFG has no basis in reality or fact : poses huge threat. 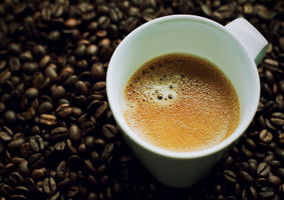 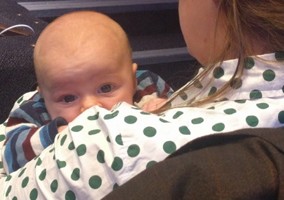