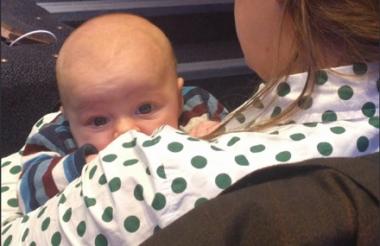 They start them young in the fundraising profession.

So this week, Diary had a stark choice. Or at least a choice. Do we kick off with the considerable furore over Lord Grade, chairman of the Fundraising Regulator, whose gaffe-strewn performance on the BBC is still causing concern among fundraisers? Or do we kick off with a cute picture of a baby.

It’s a bit of a trick question, as you’ve no doubt spotted, because you’ve already seen the picture of the baby, before you clicked on this article. And then there’s the headline, which might have given it away, too.

Anyway, without further ado, let’s crack on with explaining whose baby this is and why we care. If, indeed, you do.

So our focus this week is the tale of #babyfundraiser, son of Lisa Clavering, senior digital fundraising manager at Anthony Nolan, currently on maternity leave with ten-week old who we will henceforth refer to as #mummyfundraiser. Despite his tender years, he’s been tooling around the three day Institute of Fundraising Convention, gathering knowledge and studying case studies. Diary caught up with him to get his opinion on the key issues from #IoFFC. 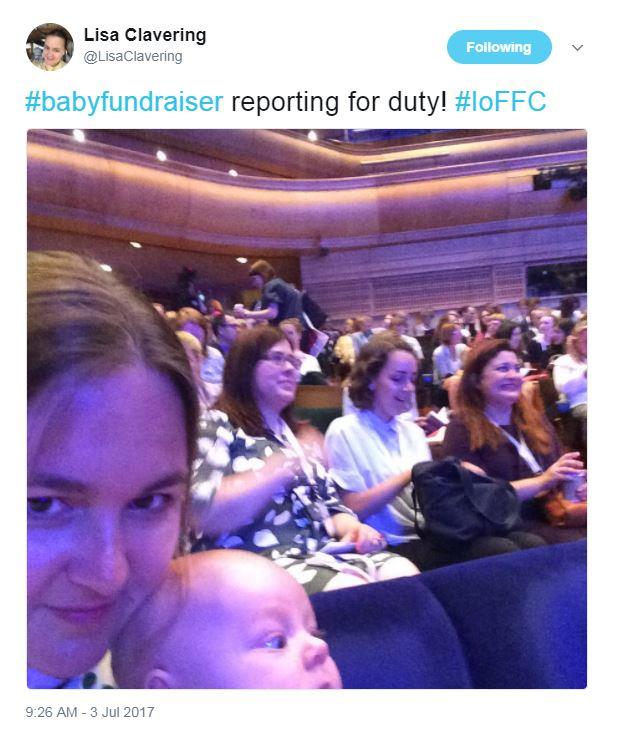 Maybe. This one certainly profoundly needs to be changed. #mummyfundraiser rather cruelly suggested I had disgraced myself in one session.

What do you think is the best fundraising communications medium?

Just make a terrible racket and hope someone guesses what you need. How hard can it be?

How do fundraisers make sure we stay close to what’s happening at the grassroots?

I have literally no choice. I can get no more than three or four inches off the ground.

Do you think we need to ask less often and less aggressively?

Depends. If you want milk, I would say no. Do whatever you need to get that beautiful warm white goodness. Trample over whoever gets in your way.

Can you explain how the Fundraising Preference Service will work?

I understand there is an easy-to-read guide online, readily accessible to anyone, whether or not they are about to be asked about it live on the BBC. Unfortunately that doesn’t help me. I can’t read. 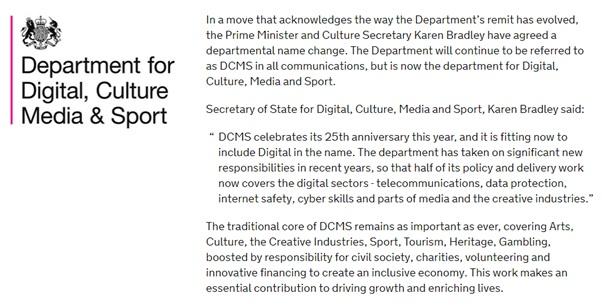 Now, Diary has spotted five things that it wants to take issue with here, on a mixture of technical levels.

First, “digital” is not a noun. Government departments only have nouns in their names. Second, where’s the comma? Culture media? Bizarrely, it’s there in the press release but missing in the logo.

Diary would go on about this, but Twitter has really pretty thoroughly got on the government’s case about these. They are annoying, on a number of technical levels, breaking grammatical, semantic and punctuational norms. But let’s move on.

Third, what’s with the random capitalisation? Why do Arts, the Creative Industries and Gambling, among many others, get capital letters, but civil society, charities and volunteering do not? Is this some kind of subtle hierarchy of importance by capitalisation?

(Diary would like to stop here and talk to the sector about this, too. There’s an increasing habit to stick capital letters on words we think are important. Charities keep writing about how the Trustees did this and the Board did that. They keep writing about how someone is the Director of Fundraising and Communications. But that’s not how it works. You can’t give something a capital letter just because you want people to notice it. Job titles are not names, they’re titles. They don’t get capitalised. Unless you’re of noble birth, in which case we might make an exception. Are you of noble birth? No. I thought not. If it’s not a name – a set of words which can be used to describe a person or place or other entity, and which is in some way unique to that person or place or whatever – it doesn’t get a capital letter. It just doesn’t. Cut it out.)

Anyway, onto our final point, which is that at least one fifth of the people in the DDCMS work on the charity sector. Which is to say, it dedicates at least as much of its departmental time to the sector as it does to at least one of the four things in its name. So why aren’t charities in the name? Why don’t they even merit a capital letter in your bizarre “we only capitalise things that are important” press release? This is discrimination, no doubt about it.

While we're on it, what about the gamblers, too. Why have they been left anonymous?

This DDCMS thing is suspicious, as well. It suggests to be that the department is lining up behind David Davis for a leadership bid.

After all, that “It’s DD for me” thing worked so well last time. *

In the interests of completeness we're calling for the department to be called the Department for Digital Technology, Arts, Culture, Civil Society, the Creative Industries, Gambling, Heritage, Tourism, Media, Volunteering and Sport, or DDTACCCGHTMVS for short.

Finally, Diary would like to draw your attention to this frankly unimprovable headline from the Birmingham Mail: “Sex robots condemned by furious Salvation Army.”

What this has to do with Birmingham in particular, Diary has no idea. But no matter. The world is a better place for that headline.

Whether the world is a better place for the existence of sex robots themselves is anyone’s guess, although Diary feels that what a consenting man and, er, disembodied animatronic head get up to in the privacy of their own home is entirely their own business.

* Turns out it's actually still going to be known as DCMS.