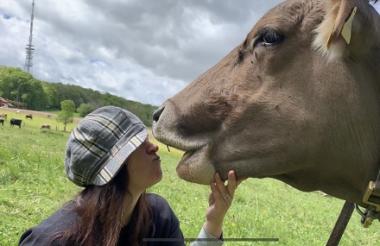 Welcome readers to the last edition of Society Diary of 2019, and in fact the decade (“see you next decade” and awkward chortling is of course mandatory office behaviour as everyone heads home for a few days of hibernation).

It feels like a good time to reflect on the highs and lows of the year that is nearly over, so feast on a compilation of the “best” (quotes mandated by the editor) of Diary’s columns form 2019. It is also a good get out of for a columnist who has run out of steam and needs to spend their time doing present shopping.

Though Diary would like to note our anticipation of a trip on Karl Wildings new private jet when Diary is invited to do a Decca Aitkenhead style interview next year (just waiting for Karl to confirm the dates he’s free to be eviscerated).

March: Someone sent the kebabs because we asked on the internet!

Probably the best thing ever to happen at Civil Society Media.

And finally, you may remember Diary had a bit of a moan last week about never getting sent any freebies. Well it seems we underestimated the sector’s generosity and that what the fundraisers say is true – if you don’t ask you don’t get!

Early this morning Diary’s boss took a phone call that went like this:

Caller: Hi are you responsible for Society Diary? (reader, calls that start this way do not usually end well, it often means that someone has not ‘got’ the joke, or that there is some colossal error in the copy which results in Diary getting its knuckles well and truly rapped).

Editor: Reluctantly, yes. What is the problem this time?

Caller: No problem, after last week we thought we might send a kebab and wanted to check any dietary requirements.

Anyway big thank you to GoFundMe for thinking of us. Diary was particularly excited by the promise of a kebab as after a few Not Brexit Day Eve beers last night it’s feeling rather fragile – at this stage a kebab will either be kill or cure. But the editor has requested that in future Diary begs for more useful and sophisticated items that can be enjoyed by non-carnivores, such as chocolates, cheese platters, champagne.

May: Kissing cows for charity is the latest trend

Sadly this didn’t kick off as some hoped it would.

Time for some fundraising news from our international correspondent. A new viral craze is sweeping German-speaking Europe, the #KuhKussChallenge. In a similar vein to the legendary #IceBucketChallenge, which raised squillions around the world when people challenged their family, friends and foes to tip a bucket of water over themselves, people are being urged to kiss a cow for charity. Yes that’s right. Kissing cows for charity.

If you don’t believe us there’s a soundtrack (helpfully in English). Unnerving undertones of bestiality aside, it’s a catchy tune. We think it could be moosive… But it seems the campaign has not been greeted with enthusiasm by the Austrian government, with its agriculture minister dumping a cow pat on the event and warning people that attempting to kiss cows could be a bit dangerous.

The minister pointed to a number of incidents of people being killed by cows (Diary is now even less enthusiastic about this challenge). Marnus Flatz, the chief executive of Castl AG, the app behind the challenge, has responded with an open letter, which translated reads: “According to the Alpine Safety Board, there have been 120,000 alpine accidents and only 54 involving cows in the past 10 years. Although walking is much more dangerous due to heart attacks and crashes, no one would think to ban a walking challenge.”

Those are some good stats, but on balance Diary would still prefer to take part in a walking challenge. He adds that it’s a bit rich to suggest that kissing cows is abuse when others eat them. “As long as we send cattle in animal transports across Europe, eat their meat and pull them on the teats every day, no one should explain to me that kisses violate the dignity of a cow.”

Well it’s an argument. Diary has been keeping a close eye on the coverage this week, and while it doesn’t yet seem that any UK charities have jumped on this bandwagon, it’s probably best if the Fundraising Regulator and the Institute of Fundraising provide the sector with advice and guidance as soon as possible. We’re sure PETA will be only too happy to help.

August: Would you give to a ‘profoundly silly and pointless’ charity to please an aunt?

The Telegraph’s Moral Money has proved a great source of Diary fodder and this has got to be one of our favourites.

We now turn to The Telegraph, and this week’s Moral Money column, which tackles the thorny issue of whether to please your family or stick to your principles. This week’s conundrum comes from someone who is worried about their aunt asking for charity donations instead of presents for her 70th birthday (if like Diary you have ageing relatives that it is increasingly difficult to buy for, you may think this seems like the solution to all your problems, but not for Telegraph readers, who have very exacting charity standards).

The reader’s problem: “The charity she has chosen is one that supports stray dogs in Thailand. I find this charity profoundly silly and pointless. I don’t really want to waste my money on this.”  It’s unclear if their problem is charities supporting animals or charities operating abroad. Probably both, Diary fears. Generously the reader is happy to donate to another charity instead. Advice from The Telegraph does concede that the aunt has made an “unusual choice” but does gently remind the reader that this could well be important to their aunt. Anyway Diary cannot wait for reader suggestions next week.

The headline says it all.

Charity news from Down Under. Diary stumbled on some excellent charity/animal content (we say stumbled, Diary has Google alerts set up to ensure that no cute animal content from the sector is missed), which also happens to include “hunky firefighters”.

So in the name of investigative reporting, Diary has delved deep into this year’s Australian Firefighters Calendar, which features 12 firemen accompanied by cute animals such as kittens, ducklings and a koala (all together awwwwhhhh). Sales of the calendar will go to support a range of charities. Unsurprisingly this is quite a successful fundraising technique and has raised over AUS$3m since its launch some 27 years ago. Fires must be different in Australia, because instead of layers of protective gear, the firefighters are kitted out in just a pair of trousers and breaches.

Or maybe they just couldn’t afford t-shirts, in which case maybe raise some money for the uniform before raising funds for charity? Diary wonders if this minimalist uniform could be one of the reasons that there appears to be no women in the Australian Fire Department? But we digress. The point of this story is that there are lot of photos of cute animals raising money for charity, and we’re very much here for the animal and charity content. The Sun is just one of a number of news outlets have the full gallery and behind the scenes video.

November: Led By Donkeys is demanding £1m from the Brexit Party for charity

Nigel Farage still hasn’t paid up, an the bill now stands at £2.4m.

Who would you think owned the website “TheBrexitParty.com”? Surely that would be the brand new political party, The Brexit Party, led by everyone’s favourite Eurosceptic and radio host, Nigel Farage?

Well you would be wrong. It’s actually owned by the campaign group, Led By Donkeys. For months Led By Donkeys has been reproducing tweets and other campaign promises that were made during the referendum on the EU and placing them on billboards where they can cause maximum embarrassment. In genius move it snapped up the website domain and is now happily squatting, while Nigel and his lawyers send frantic letters, citing EU law.

Yes really, they are trying to use THE SAME EUROPEAN LAW that they are literally demanding to be unshackled from in order to compel Led By Donkeys to hand over the keys to the website. Undeterred, the people behind Led By Donkeys have offered Farage and Co the website, in return for a donation to the Joint Council for the Welfare of Immigrants.

The website states: “Farage has no legitimate claim on the website. We bought it, it’s ours. However... in the spirit of goodwill and Christmas cheer we are willing to give it to him. For a million quid. All proceeds to the Joint Council for the Welfare of Immigrants (the price goes up £50k a day). “Over to you Mr Farage. If you really want this website then stump up the cash.” Diary is torn about this. While it is always good to be on the side of deserving charities getting £1m to do good works, Diary is enjoying the advent calendar that Led By Donkeys has started and kind of wants to find out how it ends. 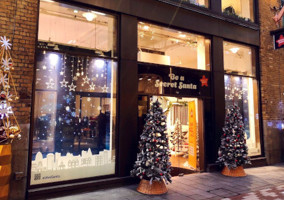 Society Diary: This is an election free zone 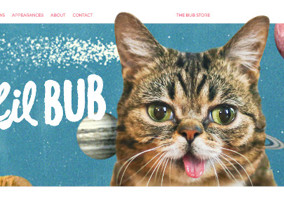 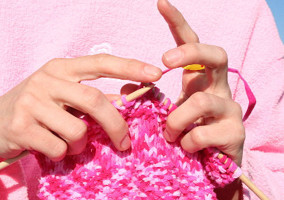 Society Diary: How good are these charity jokes (and some knitting news)