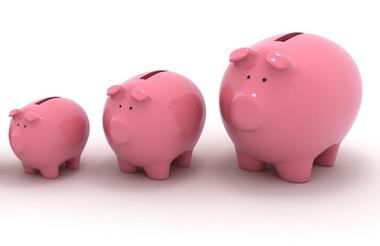 The next wave of dormant assets will unlock around £740m worth of new funding for England. This will come from a range of sources such as pensions, insurance policies, and other securities. The government has now launched its long-awaited consultation looking at how best to spend this money.

One idea included in the consultation is the establishment of community wealth funds, a proposal supported by an alliance of nearly 600 civil society, public and private sector organisations.

Community wealth funds are designed to provide long term, community-led investment in the neighbourhoods which need it most. Local Trust, the charity behind the idea, has identified 225 of the most ‘left behind’ neighbourhoods in England which would be the initial recipients of community wealth funds. These neighbourhoods not only rank in the 10% most deprived, but also specifically lack social infrastructure such as places and spaces to meet, connectivity (physical and digital) and community engagement. These are predominantly in post-industrial and coastal areas in the North and the Midlands. According to Oxford Consultants for Social Inclusion research, their residents have markedly worse socio-economic outcomes than the residents of other equally deprived areas.

Crucially, decisions about how the funds in those neighbourhoods are used would be made by the community itself. In this way, the plan for community wealth funds draws heavily on the Big Local programme, which gave 150 deprived neighbourhoods just over £1m each to invest in their own priorities. These often sought to address challenges around poverty, unemployment, ill-health and improving physical spaces.

Using grants in this way to empower communities is one example of how dormant assets could support some of the most deprived communities in the country. It is important and has the potential to be a powerful tool.

In seeking to harness that potential, a group of leading social enterprise, voluntary sector and social investment organisations have mapped out the Community Enterprise Growth Plan. The plan seeks to build on the significant progress made over the last decade to grow social investment and identifies the key challenges holding back social enterprises and trading charities from making the maximum contribution they can to their communities.

These are organisations which play a unique role in building strong social infrastructure, creating good jobs in underserved places and communities, boosting economic growth, and tackling entrenched social issues. They are also particularly well placed to harness the talents of groups that have traditionally struggled to develop businesses in disadvantaged communities, such as people from ethnic minority backgrounds, those with an impairment or facing gender bias.

The plan will use funds from dormant assets to overcome the barriers which are holding communities back around the country.
It will support greater access to capital for social enterprises and trading charities.

A tried and tested way to increase the flow of the “enterprise-centric” finance, such as was recently called for by the Adebowale Commission is through increasing the flow of blended finance for the sector. As well as growing the supply of this blended finance, the plan also includes support for a dedicated social investment fund focusing on Black and minoritised communities, and non-profit lenders (community development financial institutions) that can offer affordable finance to community businesses and small enterprises in areas unable to access mainstream lending.

The plan will also support targeted enterprise grants to help social enterprises and trading charities to earn more of their own income, growing their impact and supporting local money circulation in communities with little other economic activity. Models such as match trading have been proven to align incentives to help increase enterprise activity in the communities which need it the most.

Finally, the plan will grow business support for trading charities and social enterprises including stimulating access to public and private markets.

The plan champions tried and tested interventions to get money from dormant assets flowing to communities quickly. No new institutions need to be created. It will also create significant leverage for precious dormant asset funds by bringing both private and philanthropic capital alongside dormant assets - doubling the amount available to communities and ensuring the finite resources available through the scheme are used to maximum effect.

There are also some important distinctions – while community wealth funds target specific hyper-local neighbourhoods, the Community Enterprise Growth Plan would operate at a wider scale and in communities that, while economically deprived, do already have some social infrastructure and organisations with sufficient trading track record to absorb small amounts of capital and grow.

Far from being seen as alternate visions for how dormant assets should support deprived communities, community wealth funds and the Community Enterprise Growth Plan should be seen as different medicines for different ailments; both are needed for a healthier social economy.

There is a unique opportunity to create a suite of tools to help transform communities affected by long-term economic decline with different levels of social infrastructure. This is a shared vision rather than a competition for resources. As we go into the summer’s consultation, articulating this shared vision together will give us the best opportunity to get the right outcome for the communities we exist to support. 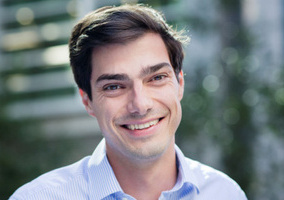 Seb Elsworth: What the latest on dormant assets means for charities and social enterprises?

Matt Leach: A new approach to social investment can help level up the country 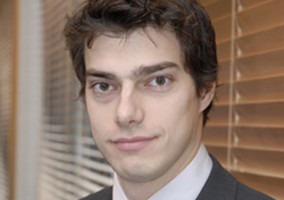 Seb Elsworth: How the Access Foundation will help charities win contracts and investment