Gareth Jones: My time as a telephone fundraiser and why charity leaders must speak out on bullying

It is tempting to stay quiet because you don't want to undermine charities' important work, but this can be counterproductive in the long run, says Gareth Jones 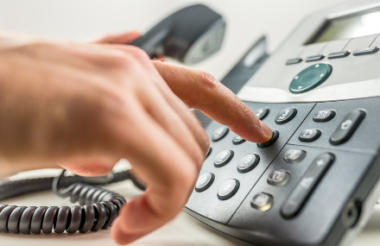 Back in 2013, I signed up to be a telephone fundraiser, and was far from impressed at what I had witnessed.

At the time I kept quiet, not wanting to undermine the good work that charities do. Yet two years later we saw a series of fundraising scandals erupt in the mainstream national media which had far more serious consequences than if I had written an article for the charity trade press.

Here in the present, we’re grappling with a different problem. Shocking revelations about a culture of bullying and harassment at NCVO are just the latest in a string of allegations about major charities that have been seeping out for more than a year now.

All of this has served to emphasise the importance of people with influence speaking out when they see that something is wrong. So I thought I would tell my telephone fundraising story now in the hope that it encourages others, as well reminding us of the sort of fundraising practices that I hope are gone for good.

So, my story. I was working freelance at the time and wanted to do something convenient to supplement my income, so I signed up for telephone fundraising with one of the larger agencies.

However, I quickly found the experience rather alarming, as I learnt about the methods that the agency was using on behalf of its very high-profile charity clients.

The first thing I felt uncomfortable about was the script I had to follow. While I totally understood the need for this sort of structure, and indeed found it helpful, some of the passages and phrases were highlighted in yellow, which meant they had to be read verbatim.

These weren’t legal terms and conditions but integral parts of the conversation, and I felt I would be unable to read them aloud without substantially losing authenticity and trust.

This concern was dwarfed however when we came to the “three-ask” approach. For those who have not come across it before, we were to ask for money three times, each time telling a different emotive story about a beneficiary and then reducing the amount we ask for.

We were told not to worry too much about ignoring people when they said “no” because often the prospective donors would actually have plenty of money they could be giving (though presumably not all of them?).

All of the people we were calling were considered to be “warm” prospects because they had expressed some sort of interest in the charity in the past, but it still felt like a very robotic and pressuring way to ask for donations.

Anyway, the practical implications became clear when we were played recordings of “good” calls that we should look to emulate.

The first was a call with an older man who didn’t seem keen to become a regular donor. However, on the third ask he agreed to give, on the basis that he would cancel a direct debit he had with another charity.

This quickly jarred with my understanding of what fundraising was about. I know that ultimately charities are competing with each other for funds, but surely the aim was to get new donors? It didn’t seem like something that should be held up as a success to a new cohort of fundraisers.

The second call was worse. An elderly lady was clearly doing her best to say no, but eventually relented and agreed to make a donation.

At this point, one of the trainee fundraisers started hyperventilating and was taken out of the room to calm down. I decided I wasn’t particularly comfortable myself, and left.

As I mentioned, I didn’t write about this, partly because I was a little embarrassed that I was seeking to supplement my freelance career, but I also because I didn’t want to undermine the charity sector.

After all, it would be the beneficiaries who would suffer if there was bad publicity and charities lost income. Didn’t the ends justify the means?

In the end, no they didn’t. The bad publicity in the mainstream national press about telephone fundraising agencies and other fundraising practices caused far more damage than if I had tried to tried to persuade the sector to solve the problem myself.

Here in 2021, I feel we are in a somewhat similar situation. Indeed, perhaps it is already too late. Allegations of bullying and harassment have been seeping out from numerous national charities for more than a year now.

In February 2020 I listed Oxfam, RSPCA, the Alzheimer's Society (since cleared of regulatory wrongdoing) and Samaritans as all having been subject to accusations. Since then we can add NCVO, Mind and Tearfund. Not to mention this shocking anonymous example.

It is good that people are speaking about these problems via the likes of the #NotjustNCVO hashtag on Twitter. But it also feels like it is mainly coming from the victims. Where are the senior charity leaders who are making clear that bullying and harassment is simply not acceptable?

It is perhaps not surprising that NCVO has failed to take the lead on this issue, given its own problems. Instead, it has fallen to ACEVO to lead on the topic over the past year, publishing some excellent reports on bullying and disability.

But I can help feeling that there is more work to be done. Could there be some sort of coordinated, sector-wide action to stamp out these problems?

Either way, it is time for senior leaders to stand up and speak out about the culture within their charities, both to colleagues and publicly. Failing to do so now will only risk bigger problems down the line. 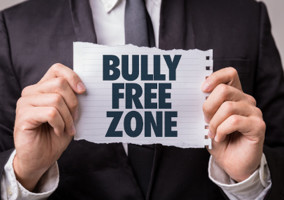 Kirsty Weakley: Charities need to start being honest about bullying 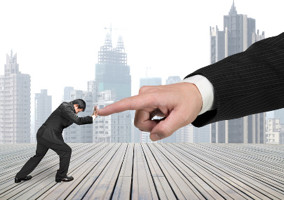 Does the charity sector have a bullying problem?