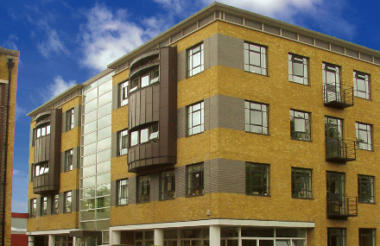 NCVO trustee Kiran Kaur left the charity’s board last week, amid the fallout from allegations about bullying at the organisation.

Kiran Kaur, who had been a trustee for less than a year, announced over the weekend that “the change I seek is beyond this role”.

Companies House records confirm that Kaur formally left the board on 2 February.

Kaur is the co-founder and director of Girl Dreamer, a not-for-profit body which supports young women of colour achieve social change.

NCVO was warned last year that “staff at all levels of the organisation” had witnessed or suffered “bullying, harassment or discrimination”, according to a report by Third Sector on Friday.

The experiences of staff were quoted in a paper prepared for NCVO by external consultants, as part of the charity’s equity, diversity and inclusion work.

The paper said that bullying and harassment took place “with impunity” and was suffered mainly, but not exclusively, by junior members of staff.

Kaur: I 'did what I could' on NCVO board

On Friday evening Kaur tweeted: “Not been active on Twitter lately but guess it seems like the appropriate time to share that I recently resigned from the board of trustees at NCVO.

“I gave it my best, did what I could and, although I had hoped to have stayed for a full term, the change I seek is beyond this role.

“I would like to thank my colleagues on the board for their support and shared experience over the past year. It's been a huge learning journey and I'm grateful to have had such an experience.”

Priya Singh, the chair of trustees at NCVO, said: “On behalf of the board I want to reiterate our huge thanks for Kiran’s significant contribution during her time in the role.

“She brought us such insight, which helped us considerably.

“For this we express our sincere thanks.”

NCVO: We must get our own house in order

In a statement published on its website, NCVO’s chair of trustees, Priya Singh, said that the charity had approached its work on diversity with “integrity and transparency”.

The statement said that, after NCVO received the consultants' report over the summer, “we shared with staff and spoke publicly.

“We were open that it had revealed deep-rooted cultural traits, behaviours and practices that are limiting the ability of NCVO to be inclusive, socially just and relevant.

“We shared how shocked we were by the findings and we also acknowledged publicly that NCVO is a structurally racist organisation and that the same is true for sexism, homophobia, transphobia, classism and disablism.

“At the time, our chair and chief executive apologised to colleagues and outlined clear steps that would be taken to address the very concerning issues raised.”

Some Twitter users have also called on NCVO to release the independent report. An NCVO spokesperson told Civil Society News today: “We will not be publishing the report.”

NCVO opened one independent inquiry into the handling of one racist incident reported in the consultants' paper, as well as a “broader inquiry” to which staff could report further complaints or concerns.

The online statement said that NCVO had concluded its investigation of how the incident was handled, and had received 10 complaints, adding: “We are now commencing formal investigations of these complaints, which of course must remain confidential.”

The statement concluded: “The board and leadership team are determined to tackle the issues highlighted in the report with a recognition that we still have much to learn and do.

“As NCVO, we feel a responsibility to share our mistakes and our learning with the sector, but we are clear first we must get our own house in order.

“That is what we have been doing since last summer and we will continue to do.”

The coverage prompted a conversation on social media over the weekend about bullying across the sector.

Former and current charity sector staff shared concerns about how widespread bullying, racism and harassment were across voluntary organisations using the hashtag #NotJustNCVO.

Several Twitter users offered to support colleagues who may have been affected by similar issues.