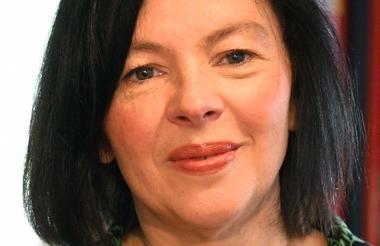 Wendy Elliott is the CEO of Seven Stories

Seven Stories, the National Centre for Children’s Books, has appointed Wendy Elliott as its chief executive.

Elliott joined the charity in 2018. She was previously operations director before being promoted to interim CEO last September.

Claire Riley, chair of Seven Stories, said: “I’m thrilled that Wendy has been appointed as chief executive permanently – I know that her appointment will help to drive the organisation forward in a positive and progressive way, and lead to many new opportunities for Seven Stories and the children and young people we work with.”

Wendy Becker has been announced as the British Heart Foundation’s (BHF) chair.

Becker succeeds Dr Doug Gurr who is leaving the charity after seven years as chair. She will join BHF in October.

Becker has been Logitech’s chair since 2019 and a non-executive director since 2017. Before joining Logitech, she was chief executive officer at Jack Wills Limited and chief marketing officer at the Vodafone Group. She also worked at TalkTalk, McKinsey and Procter and Gamble and was a trustee and deputy chair at Cancer Research UK.

Dr Charmaine Griffiths, chief executive of the BHF, said: “I’m delighted to be welcoming Wendy to the BHF as our next chair. I have no doubt that Wendy’s leadership, passion for research and expertise across medical, technology and commercial sectors will enhance the impact we have for millions of families affected by heart and circulatory diseases.”

Fozia Irfan has joined 360Giving as the charity’s chair.

Irfan takes over Fran Perrin, a philanthropist who established 360Giving in 2015. Irfan will take up the position in July.

She joins from BBC Children in Need’s director of children and young people and was chief executive of the Bedfordshire and Luton Community Foundation. She was also a trustee of the Association of Charitable Foundations.

Tania Cohen, chief executive of 360Giving, said: “We are really excited to work with Fozia. She brings a wealth of experience to the role of chair, and I know that she will do a fantastic job of leading the charity through a period of development.”

Power to Change has appointed Tim Davies-Pugh as its new chief executive.

Davies-Pugh succeeded Vidhya Alakeson as the charity’s interim chief executive when she stepped down from the role in February. He helped set up the charity in 2015 and later became its director of strategy & programmes.

Previously, Davies-Pugh worked as acting director, England at The National Lottery Community Fund and held senior leadership roles at the Cabinet Office, Office of Civil Society, Numbers for Good and GLT Partners. He sat on the boards of the Virgin Money Foundation and UnLtd and is currently a trustee of SAFE Foundation.

Stephen Howard, chair of Power to Change, said: “I’m delighted to welcome Tim as our new chief executive. He brings a wealth of experience that will help propel Power to Change forward as we help community businesses face today’s challenges.”

Beeby joins from Terrence Higgins Trust where he led on organisational strategy development. With 19 years of experience in the sector, he has worked at Prostate Cancer UK and in corporate fundraising roles at the Stroke Association, Leonard Cheshire and the Children’s Society.

Chris Askew, chief executive at Diabetes UK, said: “We’re delighted to be welcoming James onto our executive team at such a pivotal time for our charity, and for people living with diabetes. As we look to life post-pandemic, the challenges facing people living with and at risk of diabetes have never been more acute, and our responsibility to supporting them has never been greater.

“James is bringing with him such a wealth of valuable experience, and has for many years been a real change-maker within our sector. I am very much looking forward to working alongside him in our mission to achieve the aims of our strategy and – ultimately – end the harm of diabetes.”

The Royal National Institute for Deaf People (RNID) has welcomed Ewen Stevenson as its chair.

Stevenson is currently group chief financial officer at HSBC. He has extensive experience in the banking industry, having worked at RBS, now known as NatWest Group, and Credit Suisse.

Mark Atkinson, chief executive of RNID, said: “The whole team at RNID is immensely pleased to welcome Ewen on board as our new chair. The strength of his professional background, combined with his passion for the cause and personal experience of hearing loss, will be invaluable in helping to shape our strategy over the months and years to come.”

The Charity Law Association, which helps charities understand the legal framework, has appointed Catherine Rustomji to its board.

Rustomji is head of charities at Shakespeare Martineau, a law firm. She has over 20 years of experience advising the sector. In her new role, she will help improve knowledge and awareness around charity law issues and work with the Charity Commission.

She said: “I’m thrilled to have been elected to sit on the executive committee – I am looking forward to getting back into the thick of developments in charity law and discussions with peers about the latest issues affecting charities, and working as a team to stand up for the sector and make a real difference.

“This additional role will position me at the coal face of charity law, keeping me at the forefront of developments so that I can better support my clients too.”

Russell Marriott has joined Brain Tumour Research as its director of income generation and development.

Marriott has been in the charity sector for over three decades. He has helped raise more than £750m for organisations including the Royal Institution of Engineering and Technology, Old Vic Theatre and BEN, an automotive industry charity.

He said: “Sadly, like so many people, I have first-hand experience of this devastating disease and I am very pleased to be joining Brain Tumour Research at what I hope will be a pivotal time in the growth of the charity as it strives towards finding a cure for all types of brain tumour.”

Remember A Charity has appointed Lucinda Frostick as its director.

Frostick takes the reins from Rob Cope who is stepping down after leading the charity for 12 years. She has been an associate director at Turner PR since 2008. Previously, she was head of communications at the Institute of Fundraising, now known as CIOF, and communications manager at the Giving Campaign.

Cope said: “Lucinda brings with her a huge amount of communications, PR, campaign and legacy sector experience, which will be invaluable in growing legacy giving further and leading Remember A Charity’s new strategic plan. I’m so pleased to be passing the baton to someone who is so passionate about legacies and the massive impact this type of giving can have for charities.”

MS-UK has appointed three new trustees to its board.
•    Suzie Rafia has worked in the marketing and communications field for over 14 years.
•    Laura Marsden sought the charity’s counselling services after she was diagnosed with MS in 2017.
•    Rebecca Armstrong is a writer who helps people with MS know their rights at work. She was also diagnosed with the disease in 2013.

Francis, who takes up the position in September, is the former director of communications and foundation of the Disabilities Trust. She has held various senior marketing and external affairs roles in charities including Alzheimer’s Society and Prostate Cancer UK.

Matt Stringer, CEO of RNIB, said: “We’re delighted to welcome Vivienne to the team. Vivienne has extensive experience within the charity and disability sector and will play a pivotal role in RNIB’s work to create a society where blind and partially sighted people can participate equally.” 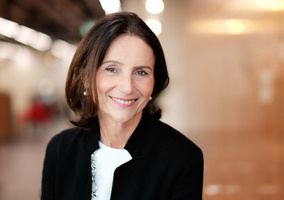 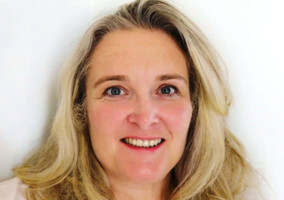 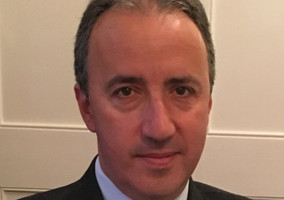