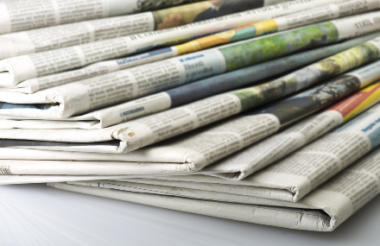 UK newspapers have so far raised more than £4.5m for charity through their Christmas appeals, with some still awaiting last-minute donations or official figures.

The appeals supported a wide range of causes, but nature and climate change charities raised the most, being chosen by the Guardian, the Times, the Daily Mail and the Financial Times.

The Guardian and Observer Christmas appeal closed on 12 January and raised more than £1m, which will be distributed among four charities: Woodland Trust, Trees for Life, Trees for Cities and Global Greengrants Fund UK.

The appeal focused on climate change and projects that aim to protect trees, woodlands and rainforest.

The Times Christmas appeal is raising money to support three different charities: War Child UK and its work with Iraqi children, the Reading Agency, which uses reading to bring people together, and climate action charity Possible.

The Sunday Times appeal for the Education Endowment Foundation raised £880,000 so far to provide children living in deprived areas with support over Christmas, including funds to keep schools open and organise day trips and meals.

The Sun did not run a traditional Christmas fundraising appeal this year. For its 50th birthday, the paper has launched a one-year giveaway of £1m instead.

Readers are able to nominate charities to which they want the funds to go to. The editorial team at the Sun will be longlisting them and then they will be invited to apply for grants ranging between £2,000 and £20,000.

The giveaway launched in November 2019. The following month, the Sun announced the first four charities that will be receiving the funds: Herts Inclusive Theatre, Charnwod Toy Appeal, Steps To Hope and The Reigate and Banstead Women's Aid Refuge.

The Sun on Sunday

Official figures have not been released yet.

The Daily Mail raised more than £2m for its Be A Tree Angel campaign, which pledged to plant up to one million trees in Britain.

The majority of it came from corporate funders, with the Network Rail donating £1m to plant trees in and around railway networks, and Tesco committing to plant 100,000 trees, worth around £500,000.

Part of the appeal was a campaign to plant trees in schools around the country, which raised more than £600,000. Readers could also donate their Nectar points.

The appeal will be open until 31 January and the paper will release official figures then. As part of the appeal, every year the Telegraph runs a “phone-in day” when donors can call the paper and chat with their writers and editors. This year’s phone-in day raised more than £100,000.

The Financial Times raised almost £300,000 for conservation charity the Zoological Society of London (ZSL). The appeal closed on 31 December.

The Daily Mirror raised more than £50,000 for Action For Children’s Christmas campaign.

Jason Beattie, head of campaigns, Daily Mirror, said: "We are delighted with the success of our Christmas appeal for Action for Children.

"Once again we have been humbled by the generosity of our readers. We cannot thank them enough.

"In comparison with the readers of other national papers Mirror readers do not have a lot of money which is why their kindness and compassion is especially appreciated."

The London Evening Standard and the Independent

In November 2019, The Evening Standard and the Independent launched a two-year campaign to fight homelessness, The Homeless Fund.

They set up the London Homeless Collective, a collective of 23 charities that will be coordinating to fight homelessness in London.

The i aims to raise £75,000 for children’s reading charity Coram Beanstalk, after raising £70,000 last year for the MS Society.

In June, the paper supported a volunteer appeal from the same charity that resulted in 454 applications from people wanting to become reading helpers. 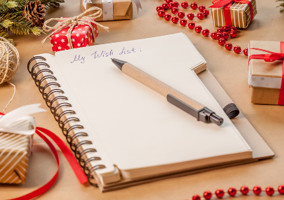 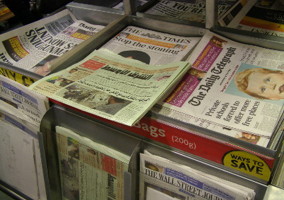