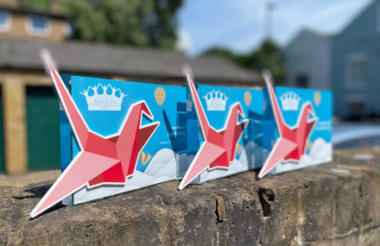 Touchstone, London Funders and the Just a Drop Appeal have been recognised at the Charity Awards this year for the fantastic way each of them responded to the coronavirus pandemic.

As well as reviving the 2020 entries that were put on ice last year because of the Covid-19 crisis, the organisers of this year’s Charity Awards decided to open up a special new category to recognise and celebrate the sector’s amazing response to the pandemic. The Covid-19 Response Award, supported by Rathbones, honoured charities in three areas: international, frontline service delivery and supporting other charities.

Andy Pitt, head of charities – London, at Overall Awards Partner Rathbone Investment Management, said: “The past year has brought unprecedented challenges for charities, but it has also highlighted the importance of their contribution, without which people in the UK and around the world would be significantly weakened. It is an honour to support these awards.”

Touchstone won for the way it adapted its frontline service delivery during 2020, setting up a foodbank as a Trojan horse to provide mental health and wellbeing support.

The Leeds-based charity realised that people could not access its mental health services without their basic needs being met first, so staff started collecting food donations from colleagues and family members to give out emergency food parcels.  In days this had turned into a full-blown foodbank and mental health support service and within four weeks the Touchstone Loves Food (TLF) programme was feeding 200 people each week.

Touchstone chief executive Alison Lowe said: “Thank you so much for this wonderful award for Touchstone and our amazing Touchstone Loves Food response to Covid-19.  Touchstone is born of the communities we serve and when they suffer, we feel their pain.

“In March 2020, the response to the needs of our local communities’ distress was to feed them and offer them the mental health support they needed to nourish their souls too.  This was an honour for us to be able to do but we are so grateful for this acknowledgement of the passion and courage our staff and volunteers showed at this the most difficult of times. Thank you."

The Just a Drop Appeal

Just a Drop won the international award for its efficient dissemination of handwashing and hygiene advice to curb the spread of Covid-19 across Asia, Africa and Latin America, including buying motorbikes and megaphones to spread the word in local languages.

A small charity with just five staff, Just a Drop also had to rethink its fundraising strategy when its corporate partners in the travel sector were forced to withdraw their support. Its imagination and tenacity resulted in nine new corporate partnerships, three public fundraising campaigns, new donations from trusts and £10,000 worth of pro bono support from a digital marketing agency.

Accepting the award at an online ceremony yesterday broadcast live to several hundred people, Brendan Hanlon, head of fundraising and communications, at Just a Drop, said: “This is brilliant, thank you. The Award is for the entire Just a Drop team.”

He added: “We're thrilled to have been able to serve our communities across the world. So they've got greater access to safe water better hygiene and sanitation, and through that better able to mitigate the pandemic. So, thank you so much for the Award, it means a lot to us.”

London Funders, the membership network for funders of London’s civil society, won the Rathbones Covid-19 Response Award for its work supporting other charities to meet the challenges posed by the crisis.

It immediately began to coordinate funders in the capital and opened the London Community Response for applications four days into the first lockdown. By the end of March 2020, 67 funders – from Bloomberg to Bexley Council – had contributed £50m and the first crisis grants were given within days to help charities to buy equipment, food and personal protective equipment. Almost 3,300 organisations in every London borough have now received grants.

James Banks, chief executive of London Funders, said: “We are so thrilled to get this award, not just for us but for the 67 funders who worked with us over the year to get all that money out to over 3,600 amazing organisations.

“We love our city and the diversity of our communities and it's fantastic, and over 75% of those grants, went to groups led by and for minoritised communities. So this award will really be the spur for us to continue that collaborative and equitable approach to funding so that we can build a fairer greener and stronger city for the future.”

The Covid-19 Response Awards were chosen from more than 300 entries by a team of editorial staff and management at Civil Society Media, organisers of the annual Charity Awards. The online ceremony was hosted by writer, comedian and political commentator Ayesha Hazarika.

Read more about all three winning charities on the Charity Awards website. 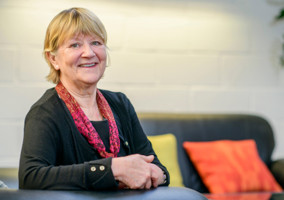 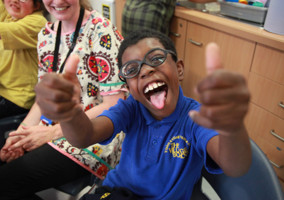