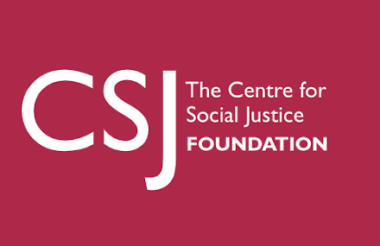 The Centre for Social Justice has launched a charity to match philanthropists with grassroot organisations and raise the sector’s profile in Westminster.

Earlier this week, the CSJ Foundation announced that it wants to support small charities and “promote their essential contribution, amplify their voice in the corridors of power, and help them recover by boosting their fundraising efforts”.

The CSJ was founded by former Conservative leader Sir Iain Duncan Smith in 2004 as a think tank looking at poverty and social issues.

Duncan Smith said: “We have looked to frontline organisations as the innovators in anti-poverty programmes with real impact. Today, we have an alliance of 400 charities and the CSJ Foundation is the next step in our work to bring real life, proven impact, often way beyond the boundaries of the Westminster bubble, into the corridors of power.”

Andy Cook, chief executive of the Centre for Social Justice and former trustee of NCVO, added: “Small, frontline charities are the unsung heroes of the pandemic, where some of the most effective poverty interventions are invented, but they have also been the hardest hit.

“Our aim is to bring their brilliance to the attention of Westminster policy makers, and along the way, provide a platform for philanthropists to identify and support their work.”

About the new charity

A spokesperson told Civil Society News that the CSJ Foundation has been set up with a mix of private philanthropy and seed funding from the CSJ.

It has three trustees, including chair Doug Barrowman, who is a Scottish businessman and entrepreneur. He has donated significant sums to the Princes Trust and founded his own charity, The Barrowman Foundation.

The other trustees are Rory Brooks CBE, a businessman and philanthropist, and Cara Usher-Smith, who has been a director at the CSJ and also acts as a consultant to the CSJ, focusing primarily on strategy and development.

The website also lists four members of staff. Nathan Gamester is managing director who was previously interim director of communications at the CSJ and before that chief operating officer at the Legatum Institute.

A network of charities

Together the CSJ and CSJ Foundation plan to use their existing network of 400 charities and social enterprises to influence policymakers.

Through the Alliance Partnership, up to 30 charities will be directly involved in policy work through conferences, briefings and networking.

New charities will be invited to be part of this group following the CSJ’s annual awards process.

A larger pool of around 400 organisations, the Alliance Network, will be invited to regional events, take part in surveys and connect with researchers.

The CSJ already gives funding to charities addressing social issues through its Awards programme. In 2021, 127 organisations applied and 15 finalists were shortlisted.

Four winners received £10,000 each. They were: Oasis Community Centre, The Snowdrop Project, MCR Pathways, and One25.

Through the new charity the aim is to help smaller charities raise their profile and generate more income by connecting them to philanthropists.

A spokesperson said: “We also seek to amplify the voices of small charities who work on the frontlines in their communities, but who are unseen underfunded.

“The discourse around tackling poverty is dominated by the biggest charities in the sector. So too is the funding. We believe that smaller, grassroots organisations deserve a bigger platform to be heard and, in terms of funding, a bigger slice of the pie.”

They added: “At first, we will provide advice to philanthropists who want to see real impact through their giving. Our research shows that philanthropists are keen to give to small, frontline charities but lack the infrastructure and know how to be able to do so effectively. We aim to provide that infrastructure and thereby enable more funding to flow to brilliant frontline charities.

“In addition to this, we also help to administer grants from existing trusts and foundations. This ranges from administrative support through to strategic advice and hands-on grant management support.” 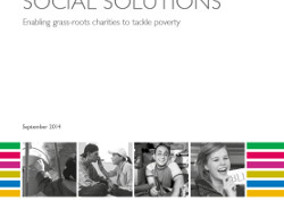