The English Football League (EFL) has chosen humanitarian charity the British Red Cross to be its official charity partner for its next season.

The organisations will join forces at the start of EFL’s 2022-23 season and work to reduce isolation in communities across the country.

The EFL has 72 member clubs. Its new season begins in July, and the Red Cross’s logo will be incorporated onto all EFL football shirts and replica kits from then.

Red Cross takes over from Mind, which has been the football league’s charity partner for four years.

Trevor Birch, EFL chief executive said: “Club allegiances and a love of the game offer a sense of belonging to millions in this country and we believe that partnering with the British Red Cross will help us bring more people together through the medium of football.

“The EFL and its clubs already deliver life-changing work through its community network and with eight in ten people in the UK living within 15 miles of an EFL club, collaborating with an internationally renowned organisation such as British Red Cross will help elevate the services that organisations offer to people up and down the country.”

The British Red Cross offers local support services and workshops to people suffering from loneliness. According to its financial accounts for the year ending 2020, the charity has a total income of over £305m.

Paul Amadi, chief supporter officer at the British Red Cross said: “We all know football has the power to bring people together and we can’t wait to join forces with the English Football League to tackle the issue of loneliness together.

“The pandemic has exacerbated loneliness and has left people feeling more isolated than ever before. Lockdown only amplified this deep-rooted problem with millions of people left feeling cut from the world they once knew. Although social distancing and other restrictions continue to be eased, loneliness remains. Together we can help bring an end to the stigma of loneliness and connect people who are left feeling alone.” 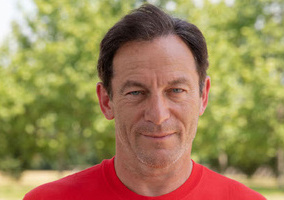 The power of virtual: Embedding virtual and hybrid fundraising at British Red Cross