Small charities have fewer staff but more to do, says FSI

Small charities have seen the number of staff they employ fall, but volunteers increase, according to the Foundation for Social Improvement. 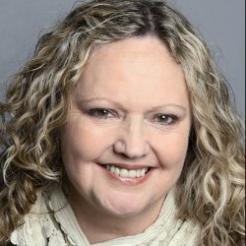 Small charities have seen the number of staff they employ fall, but volunteers increase, according to the Foundation for Social Improvement.

Speaking at yesterday’s All Party Parliamentary Group on Civil Society and Volunteering, organised by NCVO, Pauline Broomhead, chief executive of the Foundation for Social Improvement, said that her organisation’s research demonstrated the pressures small charities, with income less than £1.5m, were under.

The Small Charity Index 2014 revealed that in the four quarters to May 2014 there had been a decrease in staff resources by between 9 and 13 per cent.

She also said that many of FSI’s members were currently considering “whether they can or should start to charge for their services” to some people, or if they could develop new services that they could charge for.

"Over the same period that we saw staff reduced there was an increase in the number of volunteers," she said. According to Broomhead, the other key issues for smaller charities were cashflow and increased demand for services.

Nigel Scott-Dickeson, chief executive of the Springboard Project, added that the move to personal independence payments, instead of block contracts, meant that: “The change to invoicing is going to affect our cashflow as payment is going to be in arrears, making our income quite unpredictable.”

With local authorities making a lot of the information people need to access support only available online, he warned that “a lot of small organisations are going to come under the radar”.

He also pointed out that replacing Criminal Records Checks with the Disclosure and Barring Service, and the withdrawal of a grant to cover the associated costs, was an extra expense for small charities and their volunteers.

As well as the increased complexity in obtaining local authority funding, he said he had noticed a “notable increase in pressure on independent grant funders”.

He suggested this could be because they were receiving more applications than previously but also because low interest rates meant that funders had less income to distribute.