Sector reaction to Oxfam report: 'We must be less fearful of learning from failure' 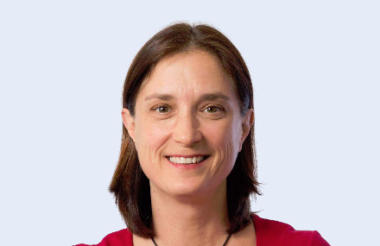 Charity leaders have said it is important to address the wider culture issues in the sector, following yesterday’s highly critical report into Oxfam by the Charity Commission.

The Commission’s 150-page report concluded a statutory inquiry into Oxfam, which opened in February last year after the Times newspaper published a number of articles about how the charity had handled allegations of sexual misconduct in Haiti.

Charity umbrella bodies said in response to the report that safeguarding is “mission-critical” for the sector and that work has been taking place since the scandal broke last year.

Oxfam whistleblower Helen Evans called for a “complete overhaul” of the aid sector to avoid history repeating itself, in an article for the Times.

And the government said it plans to meet Oxfam leaders to discuss the organisation’s future statutory funding arrangements.

NCVO: ‘We have got to get it right’

Karl Wilding, director of public policy and volunteering at NCVO, said: “There’s more work to do because if I know the people who run that organisation they will want to hold themselves to the highest possible standards.

“Whilst they have not made as much progress as the Commission expected them to, when you look at what they’ve done they clearly are on a way to sorting stuff out.

“We then turn to the implications for the sector more broadly. It’s a very clear message for me: safeguarding is mission-critical and as boards, as managers in organisations, we have to absolutely engage in this agenda. It’s core business.

Acevo: ‘We must bring issues to the surface’

Vicky Browning, chief executive of Acevo, said: “Oxfam’s CEO and its chair of trustees have apologised and accepted the findings of the report. We welcome this, along with the list of improvements Oxfam has already put in place. But it’s important to note that Oxfam has also admitted that there is still more to do: cultural systemic change takes time, and it takes commitment.

“We know that harassment and bullying happen across all sectors – government, businesses, the media, the public sector. The charity sector is no exception. The recommendations in the Charity Commission report underpin the work that we and others in the sector have started over the last 18 months to improve safeguarding and safer cultures in both international and domestic charities.

“As a sector, we cannot miss this chance to surface issues which are wider than the charity sector but have for too long been seen as ‘off-limits’ for public discussion. This will be hard because it will mean there are more days like this, more days when we will have to confront where a charity has not got it right. But we must be less fearful of learning from failure and admitting to it.

“Acevo will work with funders, the regulator and the public to build an environment that doesn’t see investment in ‘back-office functions’ like safeguarding staff as a failure. We are also committed to realising the recommendations made in our own reports on leading safer cultures and shining a light on bullying in the charity sector, which we believe will prevent the cultural slippage that can result in unchallenged poor behaviour escalating and causing harm to those we work alongside.

“Charity leaders are working hard on these issues to make sure we don’t just do good, we do good well.”

Bond: ‘We are taking this seriously’

Stephanie Draper, chief executive of NGO network Bond, said: “NGOs are taking this seriously; safeguarding experts from NGOs have come together to ensure strong policies are acted upon across the sector, particularly around governance, organisational culture, employment practice and reporting and complaints mechanisms.

“We have been quick to find a solution to prevent people from moving from one organisation to another without accurate references.

“The sector’s Inter-Agency Misconduct Disclosure Scheme is up and running, and organisations are signing up for this, which means NGOs will be able to share information about people who have been found to have committed sexual abuse and exploitation and harassment during employment.

“The sector is committed to getting it right, but to achieve this we must sustain momentum to ensure we protect people from abuse and hold abusers to account – whether that’s in the UK or internationally.

"There is no single silver bullet and only by working with the government, multilaterals, donors and the private sector can we ensure there isn’t anywhere to hide for those seeking to abuse their power.”

Helen Evans, Oxfam’s former head of safeguarding, wrote in an article for the Times arguing that fundamental reform of the aid sector is needed to avoid history repeating itself.

She said: “Survivors of abuse need a voice. It is exceptionally hard for survivors to speak out, let alone those abused in vulnerable contexts by aid workers. Will you be believed? Will there be a backlash? It is not good enough to rely on generic community complaint mechanisms, where they exist. Aid agencies must be proactive, reaching out to survivors to build trust for them to report.

“We need a regulator with teeth to give the Charity Commission the powers it needs. It has been woefully underfunded for years at a time of increased reporting. Its powers are principally to safeguard money, not people. And there is little discernment in treatment of small charities versus multimillion-pound outfits like Oxfam.

“We need a global aid ombudsman to tackle a worldwide problem as aid agencies operate in an international context far beyond the reach of the Charity Commission. It is a leap of faith to ask someone abused by an aid worker to trust that worker’s organisation to hold a proper investigation. They need to have an independent body to appeal to.

“The aid sector has a vital role in alleviating poverty and suffering. I fear, though, that we risk repeating history in future years if we don’t fundamentally reform the mechanisms for holding the agencies to account.”

The Department for International Development (DfID) said it would meet Oxfam bosses soon to discuss its future funding relationship with the charity after it withdrew from applying for DfID grants last year.

Rory Stewart, international development secretary, said: “The revelations of last year were horrifying and shone a light on fundamental problems. DfID agrees that we must always put people first.

“DfID has driven reform and our priority remains delivering for the world’s poorest and most vulnerable, while keeping people safe from harm.

“Oxfam is an important British institution that saves lives in some of the world’s toughest places. This is a long-term process, in which there are no easy answers or room for complacency. We will be working closely with both Oxfam and the Charity Commission in the coming weeks.”

A government spokesperson added: “We welcome the publication of the Charity Commission’s statutory inquiry into Oxfam. DfID agrees that we must all always put people first. These are very serious findings, rightly resulting in significant regulatory action by the Charity Commission. We also thank the courageous whistleblowers who voiced their concerns.”

“Oxfam plays a crucial role in saving lives and reducing poverty in some of the world’s toughest places, and they are an important British institution. In February 2018, Oxfam agreed to withdraw from bidding for any new UK Government funding until DFID is satisfied that they can meet the high standards we expect of all our partners.

“We made our expectations clear at the time and will be working closely with both Oxfam and the Charity Commission in the coming weeks. Decisions on Oxfam’s funding relationship with the UK government will be made in due course.”