The National Trust for Scotland has reduced the number of redundancies it will make to 232, after being awarded funding from the Scottish government.

The charity had been planning to make 429 staff redundant due to the impact of coronavirus on its finances. Now 188 people have been affected by compulsory redundancies and 44 have taken voluntary redundancy.

The Scottish government has given the National Trust Scotland £3.8m to support the development of a new operating model and help the charity survive in the short and medium term.

Earlier this year the charity warned that the impact of Covid-19 threatened its existence. The charity expected its income to halve to £30m.

So far nearly £2.5m has been raised by an emergency appeal.

More properties will also be able to open this year. The charity had been planning to reopen 27 sites, but has now increased this to 33.

‘Worst crisis in our charity’s history’

Phil Long, chief executive of the National Trust for Scotland, said: “I want to offer my profound thanks to the Scottish government, Scottish Enterprise and particularly to the cabinet secretary for economy, fair work and culture, Fiona Hyslop.

“We were confronted by the worst crisis in our charity’s history and we had a very real fear that this history was about to end abruptly. The generous support from the Scottish government, together with the inspiring number of donations made by many individuals, has diverted us away from that terrible outcome.

“The task group set up by the Cabinet Secretary and managed by Scottish Enterprise was instrumental in helping us put together a business case that showed the Trust’s worth to the people of Scotland and demonstrated that we could endure as a functioning charity if given support.

“My joy at this announcement is tempered by the fact that the effects of Covid-19 are so devastating that we’re still having to say goodbye to many friends and colleagues. I wish it were not so, but redundancies are unavoidable, although this support has helped us to keep them to the absolute minimum possible. This is also helped by the availability of 105 pooled posts that affected staff can apply for, as well as posts that have become vacant over this year’s recruitment freeze in addition to over 40 people requesting voluntary redundancy.” 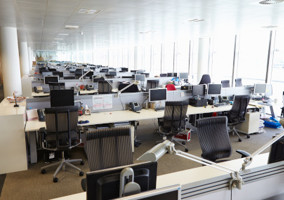